Latest: Arsenal Given Update In The Hunt To Sign This High Quality Star

According to the reports from last week, Premier League giants Arsenal had been given a boost in their pursuit of signing Barcelona winger Malcom in the summer transfer window. That is, as the Brazilian is on his way out of the Camp Nou. Malcom will find it extremely difficult to nail down a starting berth with the players present in the Barcelona squad. Philippe Coutinho, Lionel Messi, Ousmane Dembele and Luis Suarez all start ahead of him.

Unai Emery’s first campaign in the Premier League with Arsenal endured quite a mixed season. That was after replacing the legendary Arsene Wenger back in the summer of 2018. The 69-year-old Frenchman was in charge of Arsenal for 22 long years. He won several major honours with the Gunners. These were including three Premier League titles and seven FA Cups during his reign.

The Transfer Story That Was Doing The Rounds Recently

However, during the last few seasons of Wenger’s tenure, even the most ardent of Gooners wanted him out of the club. That was because the veteran was not able to adapt and adjust to the newer generation of managers. Arsenal was in dire need of some fresh air at the club. Unai Emery was appointed as manager. The Spaniard has done just that at the Emirates. 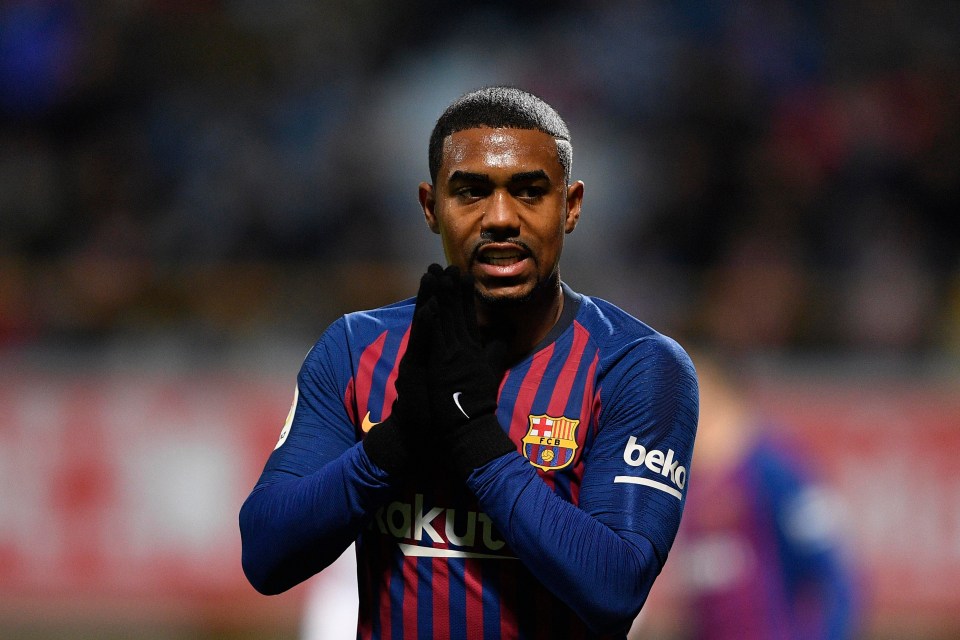 At the start of the term, Emery implemented his philosophy into the club. He was seeing visible results as most of his summer arrivals also hit the ground running. The Spanish boss also took Arsenal on a 22-game unbeaten streak across all competitions. He had a top-four berth in the palm of their hands. That was until a stunning collapse towards the back end of the season.

The stumble meant that Arsenal finished the season in fifth place in the Premier League table and was therefore ineligible to play in the Champions League. Arsenal had another opportunity to make it into the elite European tournament if they beat Chelsea in the final of the Europa League but the Blues hammered their local London rivals 4-1 in Baku indicating that there is plenty of work still to be done by Emery.

The 47-year-old Arsenal manager is desperate to head into the summer transfer market to bolster his squad and is eager to land a few top players at the Emirates to get Arsenal to competing for titles on a regular basis. In order to add width to his attacking department, Emery wants to sign a winger who can provide an outlet on the flanks. The Arsenal boss has identified Malcom from Barcelona as his prime target over the next few weeks after completing the signing of Gabriel Martinelli from Ituano.

Arsenal submit offer to sign Barcelona winger Malcolm on a season-long loan with an option to buy the Brazilian permanently.

Arsenal attempted to sign Malcolm on loan during the January transfer window but failed to reach an agreement with Barcelona. pic.twitter.com/lXyetCfyAy

Malcom has had a torrid time with Barcelona in his debut season at the club. He has managed to score just four goals in 23 appearances for the Catalonian champions. The 22-year-old has also been restricted to appearances from the bench. These have been lasting the whole ninety minutes only four times in the entire campaign.

Barcelona is also willing to sell off the Brazilian midfielder. However, they are expecting around £45m for his transfer. Arsenal has a mere £40m transfer budget to splash out this summer. They could only manage to make one signing if they put all their eggs in one basket.

Recent Update On The Arsenal Target-

Ligue 1 champions Paris Saint-Germain have stated that they want Malcom. That is if Neymar is heading back to the Nou Camp. It would be rather smart for the French giants to exchange one Brazilian for another. Neymar is struggling with his own fitness issues and attitude problems at present. Let’s see how things work out for this transfer saga. That is with Brazil winning the Copa America title after 12 long years.

Share
Facebook
Twitter
Pinterest
WhatsApp
Previous articleBreaking: Roman Abramovich’s Offer To Frank Lampard; Will He Deliver?
Next articleThe Story About Phillipe Coutinho’s Move To Anfield; Is A Return To Liverpool On For The Brazilian?