Real Madrid have reportedly decided to keep Colombian attacking midfielder, James Rodriguez at Santiago Bernebeu for the upcoming season after he spent the last season at German giants, FC Bayern Munich. He was pretty decent for the Bavarians in the Bundesliga under Niko Kovac but the Croatian tactician seems not be impressed with the Colombian suiting to his style of play. Hence the 28-year old’s buy option was not activated by the record German champions.

Now considering Zinedine Zidane’s stance about the midfielder at the Los Blancos earlier, teams like Napoli and Atletico Madrid were heavily linked with the Colombia international. Carlo Ancelotti, the current manager of club Napoli wanted Rodriguez to get reunited with him in Serie A. Now with Marco Asensio injured and out for the whole season almost, Zidane wants James Rodriguez to stay as out of favour Gareth Bale is the only other option on the flank to replace the young Spaniard.

James Rodriguez was also linked with Atletico Madrid, who have been on an overhaul after players like Antoine Griezmann, Juanfran, Diego Godin, Rodri etc have left the club. The 28-year-old midfielder is someone who impresses manager Diego Simeone and his arrival at Wanda Metropolitano would give the Rojiblancos a totally new dynamism to their play going forward.

However, he would not be the best candidate to replace Antoine Griezmann, as the Frenchman was the main source of goals for Simeone’s men to compliment it with his creative work. James is more of a creator and ball-progressor than a scorer and hence the Rojiblancos splashed their cash on Benfica upcoming talent Joao Felix and spent 120m on the 19-year-old attacker. it is an awful amount of money for a youngster who is yet to play a season in Europe’s top leagues.

Recent reports from El Chiringuito’s Josep Pedrerol claimed that Real Madrid have rubbished all the rumours and the proceedings of James leaving Napoli or Atletico Madrid considering Marco Asensio’s long term unavailability and Zidane simply wants Gareth Bale out of his side. Hence this may be a shot at redemption for the 28-year-old attacking midfielder after he became out of favour under Zidane earlier in the Frenchman’s first stint at the club and was sent out on loan to Bayern.

However, if the deal falls through and James ends up leaving he could still be a great signing for Tottenham Hotspurs who have enquired about his availability earlier in the summer transfer window. Spurs are looking for a central attacking midfielder and have been linked with players like Giovanni Lo Celso and Dani Ceballos. 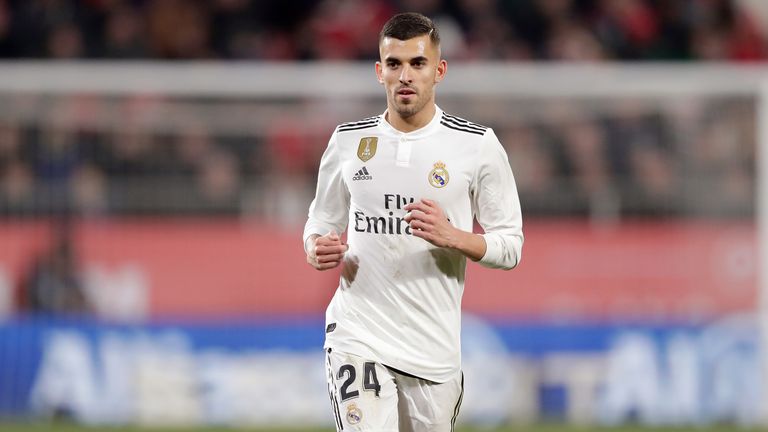 The Spain U-21 international recently joined their rivals, Arsenal on loan from Real Madrid and hence this limits their options. If they want someone as an upgrade to both their transfer targets, then James Rodriguez should be the ideal man to look for.

Considering Real Madrid’s wish of bringing in Paul Pogba or Christian Eriksen, the Colombian play-maker can be a huge boost for the Lillywhites considering their situation. Arsenal were also linked with James earlier in the season to replace Aaron Ramsey but now it looks bleak as the Gunners have signed Ceballos on loan from the Los Blancos.