The Story So Far, Is This Deal Happening?

According to reports, English Premier League giants Manchester United have reportedly agreed to a deal worth £80m for Harry Maguire as they advance with their summer overhaul. English defender Harry Maguire has emerged as United’s top target as boss Ole Gunnar Solskjaer remains keen on boosting his options in the defense. Reports on Sunday had claimed that Red Devils made a final breakthrough in their quest of bringing Harry Maguire to Old Trafford as there were rumors all around that Manchester United are on the verge of finalizing of the deal.

According to Premier League transfer experts, Independent, acceptable terms with Leicester City have been met with around £10m included in bonuses. It is said that in a meeting with Leicester City chief, Maguire has made it clear that he wants to leave and the club has approved his demand given that a right offer should be on the table. Having joined the Foxes from Hull City back in 2017, Maguire quickly moved through the ranks and just in two years developed himself into a top-notch defender. Manchester United was before linked with Tottenham fame Toby Alderweild only to know that both the parties are £20m apart in their evaluation of the player. But now as things stand they’re actively chasing Maguire as they plan on making him their third summer signing following the arrival of Daniel James and Aaron Wan-Bissaka.

Red Devils are currently in Australia on their pre-season tour as new boss Ole Gunnar Solskjaer prepare for his first full season at the Old Trafford. Solskjaer’s men next play Tottenham on Thursday as they come off from a win against Inter Milan on Tuesday with Greenwood registering his name on the score-sheet.

Last season, Manchester City edged out Liverpool in a close Premier League encounter as they went on to win the title. Speaking ahead of the season on Friday, Solskjaer said: “The Premier League is a very competitive league. What those two teams (Manchester City & Liverpool) did last season was exceptional to get 97 and 98 points. I don’t think that will happen again. I think we will see a closer race this season.” 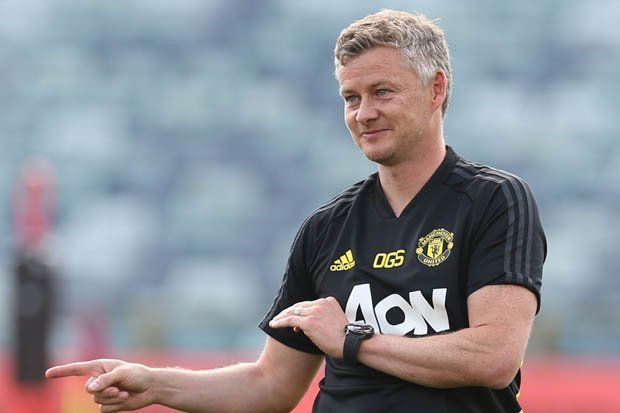 “There are six teams who want to challenge for a Champions League place, there are one or two teams underneath who would [also] like that. But we aim to focus on ourselves. We have to be better, improve, make sure Man United is our only focus and I am sure we will get closer to the top.”

Harry Maguire will surely be a great addition to the team, someone who can help Manchester United get to their dream of winning UEFA Champions League. However, Leicester City and Brendan Rodgers are not too keen on letting him leave the King Power Stadium that easily.

With the Red Devils determined to bring him in, it will be an interesting transfer saga to keep track of. Let us see how this deal proceeds and you can follow Beyond The Posts for all the latest updates on this potential deal.