Liverpool Right-Back Takes Strong Stand On Future At Anfield; What Will Happen Next?

Liverpool fullback, Nathaniel Clyne may follow former player Alberto Moreno and leave Anfield this season in the search for more game time. However, Clyne is still unsure about his future as he feels that the Reds boss, Jurgen Klopp may keep him at Anfield as a squad player for the reigning European Champions.

The Reds already have offers from mid-table English Premier League clubs like West Ham United, Bournemouth and even Crystal Palace. The former England international was sent out on loan at Bournemouth and has had a pretty impressive season with the Cherries and hence he has potential suitors approaching Liverpool. 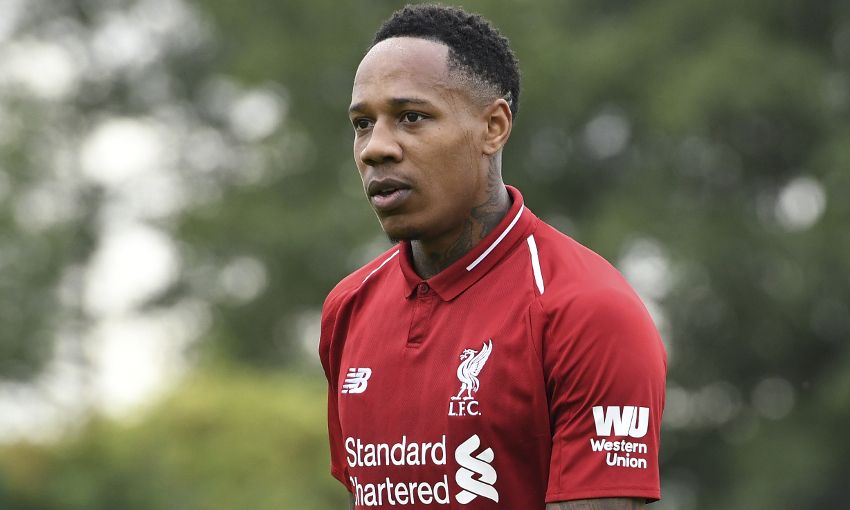 Serie A outfit, Napoli also approached the Premier League runners to negotiate a deal with Nathaniel Clyne back in May, proving the worth of the 28-year old fullback. The former Southampton man was one of the players who were set to return to training for the pre-season for Liverpool at Melwood on Saturday. However, he has been given no indication of the club’s stance on him in the upcoming season and he himself also looks confused about the current situation he is in and is not sure how to place his loyalty with another club where he will play week in week out or stay with Jurgen Klopp at Anfield and be a squad player and only play a handful of matches in the upcoming season.

The confusion in his stance definitely opens up the chances for the 28-year old to stay at Merseyside and fight for his place in the starting eleven, after having very few first-team opportunities last season before being loaned out. Clyne was Klopp’s mainstay in defence during Klopp’s first two years at the club but an injury at the wrong time and the meteoric rise of Trent Alexander-Arnold has seen chances hard to come by for the former Southampton man.

Despite a shocking appearance against arch-rivals Manchester United, he was loaned out to Bournemouth where he made 15 appearances for the Cherries and was very good with his moves up and down the field.

Clyne has entered the final year of his current Reds contract with no suggestion of a fresh deal being negotiated. If the option of selling the players comes into question then the Reds have tagged the asking price in excess of £10million. Someone who can play on both flanks and has great crossing abilities and decent speed, Clyne could well be a bargain for most of the mid-table English Premier League side in the upcoming season. It will also be a great move for the 28-year old full-back as he will get a bigger role at a different club and regular game time means he may just claw his way back to the England national team with consistent performances and somehow manage to catch the eye of head coach Gareth Southgate.

How did Nathaniel Clyne do for Liverpool yesterday?

Should the English fullback stay with the Reds? ?? pic.twitter.com/UbSu108ABL

On the other hand, Liverpool are under no pressure to sell their right back and their recent history clearly suggests that the Reds are fine with players running down their contracts and moving elsewhere for free. With players like Alberto Moreno, Emre Can and Daniel Sturridge remain prime examples who were not included in Klopp’s future plans.

However, Clyne recently scored a stunning goal to break the deadlock for Liverpool against Tranmere Rovers in a pre-season friendly. The goal has seen fans raise their voice in support of the 28-year old right back where they are pleading the management to keep Clyne at the club and also in their future plans. However, only time will tell what the future holds for Nathaniel Clyne.