Former Liverpool star Alberto Moreno sent out a heart-felt message for all the club’s fans, as he finally departed from Anfield and moved on to the next phase of his journey as a player. The defensive superstar failed to impress the current boss Jurgen Klopp in recent seasons and was not part of the Reds’ first team, barely being picked to play for the first team.

The left-back had come a bench-warmer for the German manager in the recent campaigns and made an appearance in his team’s League Cup loss to Chelsea. It was his mistake that let Eden Hazard in and score the winner for the west London outfit, after Liverpool had taken the lead initially in the game.

Post that defeat, he did not feature for the first team and had already lost his place to Scotland skipper Andy Robertson, who is one of the best left-backs in the world at present and instantly took over once he moved to the Merseyside. He was not part of manager Jurgen Klopp’s plans anymore and the quality that was in him once, had faded away with time.

With that being said, the 27 year old Spaniard who signed for them from Sevilla for £12m back in 2014, can still revive his career with a move elsewhere. He is now looking for a new club that can give him regular game-time and help him improve, as he looks to win more titles in the upcoming seasons.

He has been linked with a move to the Nou Camp since the start of 2019, though it seems that the deal will not be happening now and Barca will rather sign other defensive players to add to their squad as backup instead. Apart from that, the Kop’s domestic rivals Arsenal were also said to be keen to add him to their squad and could still make an offer, if he shows an interest in moving to the Emirates.

The north London giants have been trying to bring in more players that can help strengthen their squad, with the limited funds that they have and will want to sign the defensive star for free. The only key factor that matters is whether Emery actually feels the need to bring him in.

Keeping that in mind, he will now look to find a new home to ply his trade and La Liga outfit Villarreal have been said to be the favourites to sign him in recent times. He has also been linked with Serie A side Lazio as well, though he may prefer to return to his native country and end his footballing career there (with quite a few years left still).

Despite that, prior to his departure from the club as a free-agent, the player left a heart-felt message for the fans. The Spanish defensive star put up a post when his contract expired. It read as:  “Hi Reds. Life goes in circles, and mine at my beloved Liverpool FC has drawn to an end. Upon reaching this point, I would like to thank the entire Liverpool family: my dear team-mates, with whom I have shared five marvellous years and who I will forever think of as family, and, of course, the owners, directors, coaching staff, doctors, physios, kit-men, and each and every person at the club.”

“Thank you for making me a better footballer and, above all, a better person; for helping me to fulfill one of my childhood dreams by winning the Champions League and, in doing so, to become a small part of the history of the his great club.”

“My gratitude too to the city, which embraced me as one of its own from day one and which will live on in my memory whenever I look at my son, Alberto Jr., a Liverpudlian himself.

“Finally, a very special thank you to the club’s superb fans, who always supported me. I wish you all at Liverpool FC the greatest successes. Wherever life takes me from here, I will always carry you in my heart and forever be a fan.

Well, Liverpool will surely not miss his services at the back, which is the bitter truth of their team of today. They are such a strong side at present that it is hard for any other player to replace their first-choice stars. Due to this, Moreno has struggled in the recent seasons as well.

However, there is no doubt in anyone’s mind that he has been a loyal star to their cause and his contribution have helped them over the years and has been rewarded as well. To add to that, the obvious fact that their fans always cherish is ‘Once a Red, always a Red!!’. The player too has shown similar love for the club and expressed it via his recent post. 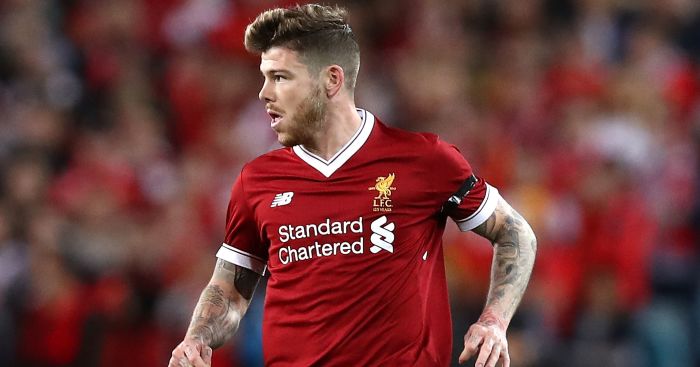 It will be interesting to see which club he signs for now, with a lot of teams looking to add him, as he is a free-agent. Only time will tell how this transfer saga ends and things could get quite interesting for the player now, as he looks to revive his fading career. He surely still has age on his side and can make a major impact in the next few years, if he works really hard and improves on his defending.

Moreno looks good pushing forward on the left-wing, yet there is no doubt in anyone’s mind that he has issues defending and falling back to help recover the ball. His positioning is quite poor most of the times and he does not have the pace to really catch up to the quick, tricky wingers and forwards.

Despite all these problems, some of the smaller clubs may look to give him a chance to help their cause and there is still hope for him. He is also a Gunners’ target and it will be interesting to see whether his former manager Unai Emery looks to take a risk with him or not. Follow Beyond The Posts for all the latest updates on this transfer saga.