Manchester United boss, Ole Gunnar Solskjaer is heavily relying on Ed Woodward for transfers this summer with a defender, two midfielders and a forward on the radar of the Red Devils. The former Molde manager admitted on the club’s pre-season tour that he was optimistic and also hopeful of more transfers this summer.

He said, “We are still in the market looking to do some business, as I have said before. But we are patient, we are Man United, we do not have to sell and do not have to overpay either. You have to have the right players at the right price. And if you look at the squad we have got now, there are so many good players anyway.”

Solksjaer has lauded James and believes that the winger has the capability to make a name for himself and admits that he can be a top player at Old Trafford in the coming years. He also spoke highly about Wan Bissaka as well and believes in his capabilities too, with the right-back already showcasing what he can do, in the season that just concluded recently.

Things have not been great for Manchester United towards the end of the previous term and also for Solskjaer. The summer transfer window is gradually heading to its deadline and the Red Devils have not managed to rope in any of their remaining targets from the summer.

Both Maguire and Bruno Fernandes deals are on the verge of happening but with players like Paul Pogba and Romelu Lukaku unsettled at Old Trafford, Solksjaer might need more activity in the coming days. However, he has admitted that Manchester United chief Ed Woodward has approved two of his requests and the Red Devils will look to speed up their process and get the player they are looking for in the market. 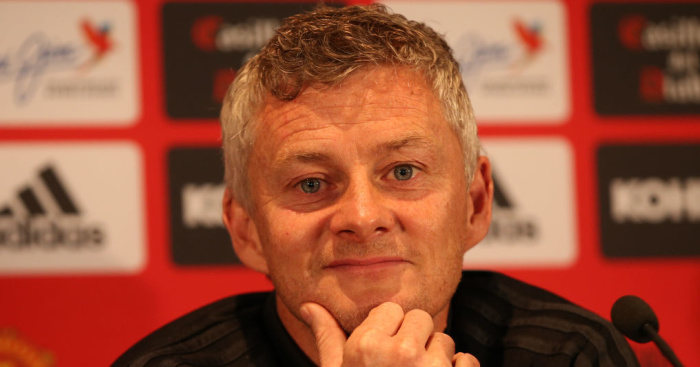 The team needs a lot of additions, if they want to be serious title contenders in the days to come. Mourinho had brought back some glory, in terms of titles. However, for Solskjaer to do the same, things will have to change drastically.

After a really positive start to the transfer window, things have slowed down a bit for the Red Devils, who will be keen to sign more players. With that being said, they will face a lot of competition from their fierce rivals, who will also want to bring in the same stars.

It is not going to be an easy transfer window for the Norwegian, as United can’t offer Champions League football, as it is. They will to fight hard and make an impact, if they wish to make it big in the seasons to follow. It will be interesting to see how things develop now. Only time will tell.