Arsenal top defensive target William Saliba is now also being monitored by arch-rivals Tottenham Hotspurs. The Gunners have launched an opening bid of £22.5m for the French defender from Saint Etienne. However now according to reports, they will face staunch competition from their North London rivals, Tottenham who have entered the race to sign the 18-year old defender.

Tottenham Wants To Sign This Arsenal Target; Who Will Get The Deal Done?

Reports suggest that the Gunners have opened talks with Saint Etienne regarding the player and have launched an opening bid on the table. However, they are yet to reach an agreement until now, which opens the door for other clubs to come in between and hijack the deal.

Saliba is a top target for Unai Emery as the Spanish tactician is looking to bring in defensive reinforcement after last season’s drudgery in the backline. There were multiple occasions where defensive frailties were clearly visible for the Gunners last season and hence Emery is looking to make amends to the defence ahead of the upcoming season. However now with Spurs in the picture, it will be difficult for Arsenal to land the deal. Spurs are looking to hijack the deal and with Champions League football available the Lillywhites are in a position of advantage in comparison to their North London counterparts.

There will be an intense race among the North London clubs to sign the 18-year old defender. However reports still suggest that due to Arsenal’s pro-activity and more assurance of first-team football, the Gunners are currently ahead of their rivals in securing the services of the young prospect.

The Battle Of The Two North London Giants

Saliba had a breakthrough season with Saint Etienne last time out. He was successful in making 17 appearances in all competitions. Arsenal, on the other hand, conceded 51 goals in the Premier League last season. That pushed Emery to take certain measures to pug the gaps in the defence.

Defenders Shkodran Mustafi is often criticized for his lapses of concentration in defence. These lead to many goals last season. While Laurent Koscielny is in the twilight of his career with his contract expiring in 2020. 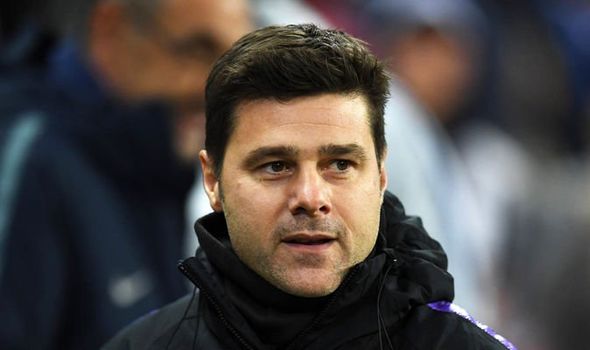 The Gunners have been monitoring Saliba for quite some time now. That is through the last season. Emery has been impressed with his game awareness and maturity at this tender age. The Frenchman also boasts a physically daunting demeanour. He stands at an imposing 6’4″. His agility coupled with his physical stature makes him suitable to adapt to the Premier League and he looks like a perfect fit for Unai Emery.

Saliba signed a new contract only in April with the Ligue 1 outfit. Despite that, Saint-Etienne understands the demand of the young prospect like the U-19 France International. However, Arsenal have to up their bid to land the Frenchman at the Emirates this season. Interest from their North London rivals are driving up the price for the prodigious 18-year old defender.

Delay in this deal will only make it difficult for the Gunners. Unai Emery is working with a tight budget of only £45m in this summer transfer window. That is after they failed to qualify for the Champions League. However, player sales will make things easier for Emery. They need to get their transfers sorted at the right price or else they will be in a deeper puddle.