Frank Lampard has made it clear that he wants to keep hold off N’Golo Kante on a long-term basis. He feels that the midfielder’s injury problems have only restricted him from making more appearances for Chelsea this season. Kante is the highest earner at the Stamford Bridge but has missed 14 matches this season due to persistent ankle, knee and hamstring issues.

The Frenchman has missed more matches this term than his entire career at England which includes two Premier League titles, one with Chelsea and another with Leicester City in their fairytale season.

While there have been rumours of Kante joining Real Madrid and other top clubs across Europe, Lampard has rubbished all the rumours of Chelsea selling their assets to free up more funds for the summer transfer window. This comes up after they have made two huge acquisitions in the form of Timo Werner from RB Leipzig for £47.5m and Hakim Ziyech for £37m from Ajax.

What Lampard Told The Reporters? 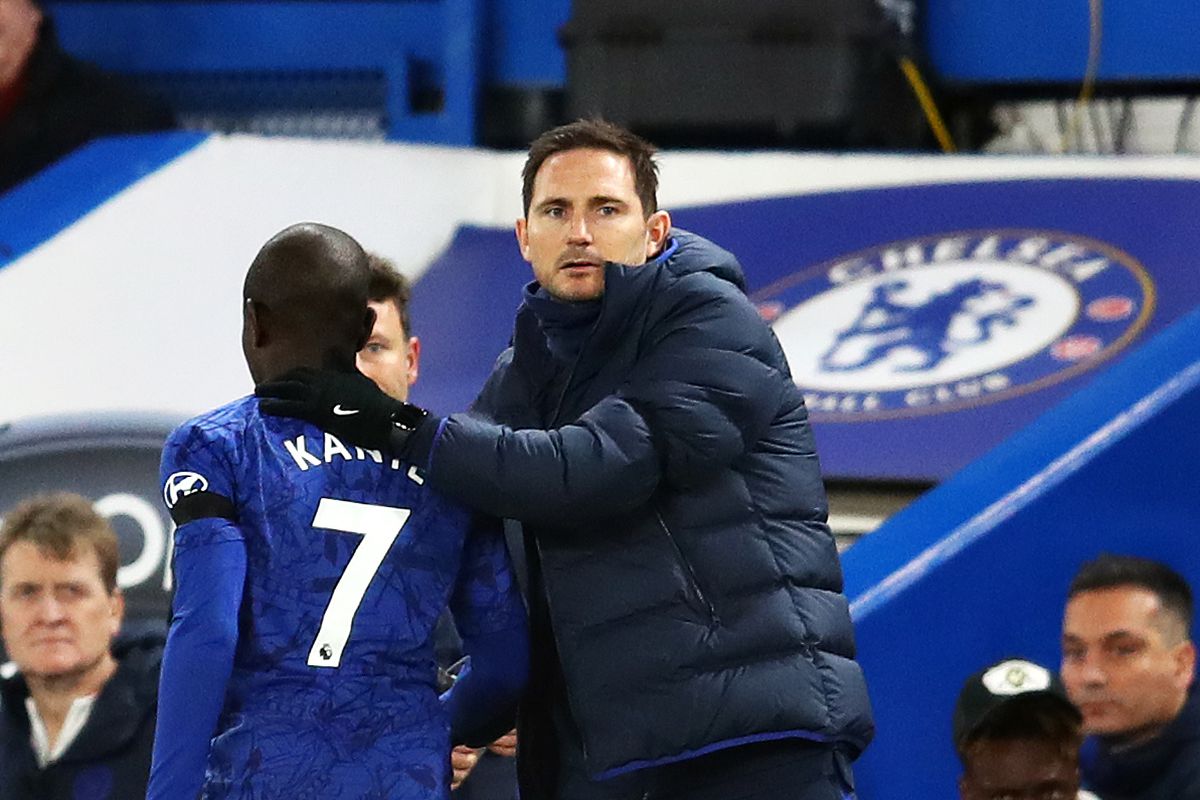 “In terms of N’Golo, I have seen some talk and reports about him and his future at the club. I have said it a lot of times about Kante – one of the best midfield players in the world. I would have loved to be able to play with him.”

“The type of player he is, he has everything. Coming back to Chelsea and getting the opportunity to manage this club and having N’Golo Kante is something I really want to appreciate and work with. This season, unfortunately, because of injuries, it has been tough for N’Golo.

“It is nice to see him a little bit fresh. One of the silver linings with this is we have managed to get a few players fitter and fresher. N’Golo is so important to us as a team going forward. We need him regularly and, hopefully, we will have that now.”

Kante has not been in great shape gearing up for the restart and Lampard understood the Frenchman’s condition and the decisions he made ahead of the restart.

“Was it a difficult situation? Yes, because I was very sympathetic as I think the reaction was everywhere. But I have to deal with it at close quarters, with N’Golo and his feelings. It was very genuine. He wanted to be clear with how it was going to work around the training ground. As I say, that has been sorted out in the short term. He is training and he is happy.”

Meanwhile, after making two big signings, Chelsea is focused on bolstering their defence. They have made Ben Chilwell their prime target for the summer. Lampard feels that Chelsea has been well within their means in the transfer window as they haven’t been able to spend in the last two windows.

“I think we have not done any business in the last two windows. Am pleased with the business we have done. It feels good at the moment. But of course, we will judge that more next season. We will all be judged on that next season.

The Blues have been in great form ever since the restart. They have notched back-to-back three wins over Aston Villa, Manchester City and Leicester. They have also progressed through to the FA Cup semifinals and are drawn against Manchester United. Lampard has not had a great record against the Red Devils this season. The English tactician will look to make it better this time.

The recent 3-2 loss to West Ham will have hurt Lampard and co. They will now be out to prove a point and get back to winning ways. Whether that actually happens or not, only time will tell. For now, the Englishman will be happy that he can retain the services of a talented star like Kante