Gautam Gambhir Takes Another Dig At MS Dhoni; When Will He Stop? 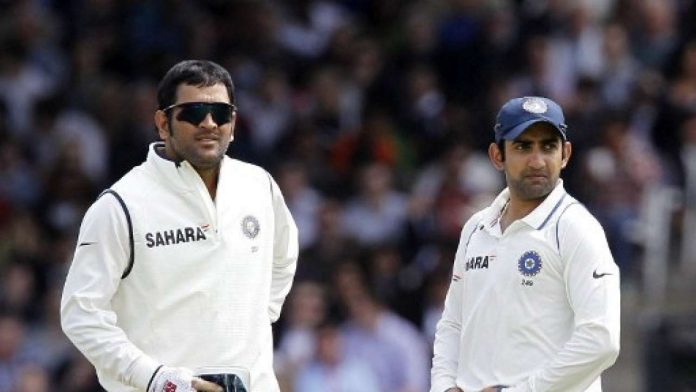 MS Dhoni took over the captaincy of the Indian Team in the 2007 World T20. A long-haired boy from Ranchi led a young Indian team to World T20 title in the first season itself. From there, he never looked back. He went on to become one of the most decorated captains in Indian history. The former Indian skipper became the only captain in the world to win all three ICC trophies. He led the Indian team to World Cup win in 2011 and a Champions trophy win in 2013.

Former Indian opener Gautam Gambhir talked about MS Dhoni’s captaincy in Test cricket. He termed Zaheer Khan as the reason behind Dhoni’s captaincy success, which was rather funny. Gauti called Zaheer as India’s ‘best world-class bowler’ and also heaped praise on Ganguly to bring Zaheer to the limelight.

“The reason Dhoni became such a successful captain in Test cricket is because of Zaheer Khan. He was a big blessing that Dhoni got, for which credit goes to Ganguly. According to me, Zaheer has been India’s best world-class bowler.” Zaheer Khan featured in 33 Test matches under MS Dhoni’s captaincy and scalped 123 wickets. India reached the number one rankings for the first time in Test cricket in 2009. Gambhir compared Dhoni’s leadership with that of Sourav Ganguly. He feels Dhoni had an easier task than Ganguly due to the star-studded squad he had at his disposal. Hence, he could win more trophies as a captain.

“Dhoni has been a very lucky captain because he got an amazing team in every format. Captaining 2011 World Cup team was very easy for Dhoni because we had players like Sachin, Sehwag, myself, Yuvraj, Yusuf, Virat, so he had got the best teams, while Ganguly had to work very hard for it, and as a result, Dhoni won so many trophies.”

Why the sudden hate for the former Indian skipper?

There is no denying the fact that Gautam Gambhir does not like Dhoni. This could be mainly due to a couple of reasons. The first one would obviously be the fact that MS Dhoni got a lot of credit for the World Cup 2011 win. It was his signature six-hit that was immortalized by the media.

To add to that, it was MS Dhoni who got rid of Gambhir, when the opening batsman was out-of-form. The World Cup-winning opener was dropped from the national side when he failed in a few innings. It was under the captaincy of the current CSK skipper. This did not go down well with Gambhir and now he keeps attacking Dhoni more often than not.