India’s vice-captain Rohit Sharma almost faced a ‘Jofra Archer moment’ on Twitter. A nine-year-old tweet which was posted by Rohit Sharma got viral in no time after India’s defeat against Australia in the first test match. Although the Mumbai Indians captain did not feature in the match, his made headlines due to this tweet.

Wisden India, a cricket page on Twitter, brought out the old Tweet in front of everyone. They trolled Team India in the most fun way possible.

Jofra Archer, the English pacer, is pretty well known for his cricket predictions. On many occasions, Archer’s predictions which he posted on Twitter have come out to be true. Rohit Sharma’s Tweet was a similar one. Many are also referring it to be ‘Karma’.

Looks like aussies are creating a new record at Newlands..AUS 21-8 their lowest total is 36..

In 2011, Australia’s batting line-up had collapsed in their second Test match against South Africa at Cape Town. An amazing quick-bowling display from Morne Morkel and Vernon Philander had reduced them to 21/8. Eventually, they managed to finish at 47 all-out. That was still more than India’s total in the second innings of the first Test match against the Aussies.

At that time, Rohit Sharma had trolled the Australian team through his Tweet. He wrote nine years ago, “Looks like Aussies are creating a new record at Newlands..AUS 21-8 their lowest total is 36.”

Little did he know that his own team would fair even worse at some point in the near future. Although he was not involved in the team, the joke is on him as well.

Whereas the savage cricket analysts of India were busy scrutinizing the team’s technical performance, Wisden India found a way to troll the team metaphorically through this troll. Retweeting Rohit’s nine-year-old Tweet, they wrote, “Even Rohit Sharma could not have predicted this.”

India scored their lowest ever total in the second innings of the match as the Australian pacers Josh Hazlewood and Pat Cummins demolished their batting lineup. The men in blue managed to score a mere 36 runs losing nine wickets. Md Shami was retired hurt after being injured by a deadly delivery by Cummins. The horrible performance was followed by cricket enthusiasts trolling the team all-over social media. This post by Wisden India was one of many.

What Next For Rohit Sharma And Team India In Australia?

However, the condition of India’s batting line-up is worrying as is not something to be laughed at. It is a serious concern for the coaching staff which they need to address now. The lack of form of Prithvi Shaw and Wriddhiman Saha is a major problem. Reportedly, there will be three big changes in the lineup ahead of the second Test. 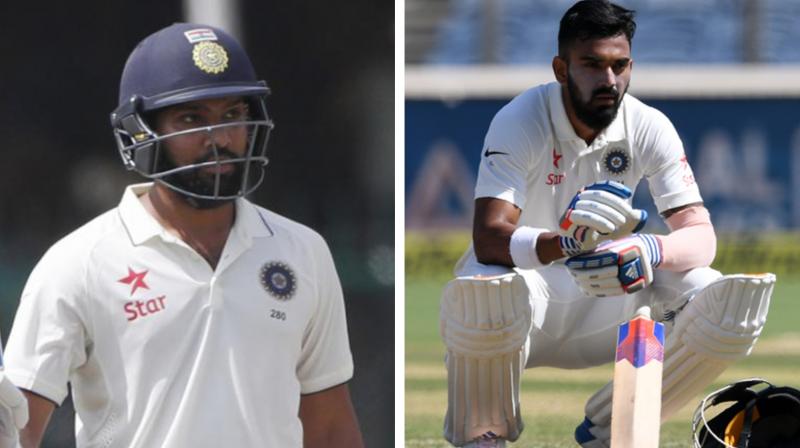 Shubhman Gill will replace Prithvi Shaw and Rishab Pant will replace Wriddhiman, according to some sources. The unavailability of Kohli will leave a void, which will be fulfilled by batsman KL Rahul. Although Rahul does not have any experience in pink-ball cricket, the wicketkeeper-batsman has been in a tremendous form lately.

The availability of Rohit Sharma will be interesting to see. If Rohit is available to feature in the second test, someone between Shubhman Gill and KL Rahul would have to be sacrificed. That will be a tough call to make for the coaching staff, though Prithvi Shaw is the ideal candidate to be dropped at present.