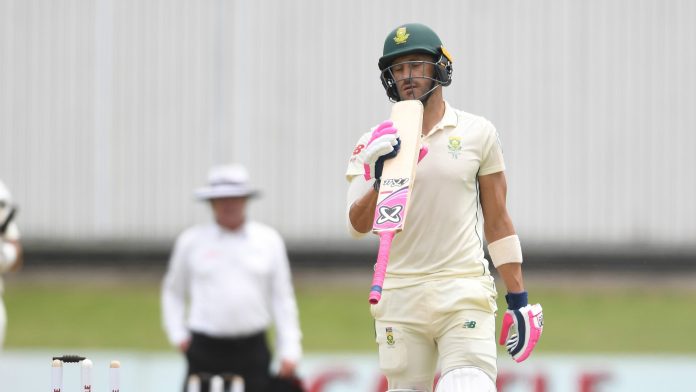 Well ICC does not usually make mistakes like these, but a deleted post that created a hilarious controversy on Twitter today proves otherwise. Today, ICC posted an obscene and comic picture featuring South African captain Faf Du Plessis and deleted it after a few moments. However, some fans had already saved the image and the damage was done. The image was reposted by many and it became viral in no time.

So what was the content that fans can’t stop drooling about? In the picture, Faf Du Plessis was standing on the field along with teammates Quinton De Kock and Tabraiz Shamshi. However, it’s not the people who are the main focus of the picture, but the thing that Faf Du Plessis was doing. In the cand shot, the South African captain can be seen holding his ‘private part’ from over his pants. In reality, he was adjusting his groin guard, but the fans took it otherwise.


A groin protector or guard is something that is used to protect a fighter’s groin region in combat sports like boxing, MMA, Muay Thai, Karate, etc. Often, footballers and Cricketers use it as well. When you talk about groin injuries, they are very different from others, in the sense testicles are not protected by bones and are very fragile. The problem with groin guards is that they do not remain fixed in their position and it is thus important to adjust them now and then. That was what Faf Du Plessis was doing but the fans perceived it wrongly.

It Was Really Funny And Twitteratti Made It Viral

The reason behind ICC posting this is still unknown. Maybe they tried to share a glimpse of the match and realized it only after the fans started to mention the same. Whatever the reason may be, ICC deleted the post minutes after it was posted. A guy with the Twitter handle ‘anshumaNot’ reposted the picture and gave the cricket fans an opportunity to have a great laugh. It has been reposted several times and the fans have come up with some awesome memes as well. 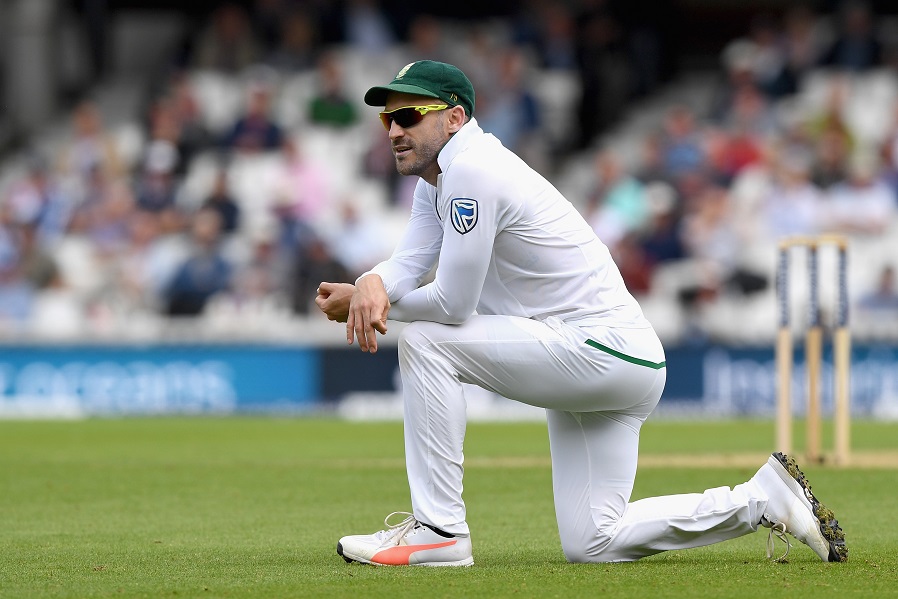 The incident captured in the picture is from the second Test match between South Africa and Sri Lanka. The Proteas won the match by 10 wickets. Thus completely whitewashed the Sri Lankans 2-0 in the two-match long Test series.

What Next For South Africa And Sri Lanka?

Faf Du Plessis had quite an amazing form in the Test series. In the first Test, the South African skipper missed his double century by just one run. The entire South African had mourned that. However, he did not give a decent performance in the second match where he only scored eight runs in the first innings. The skipper did not get an opportunity to bat in the second innings. Dean Elgar was awarded the Player of the series trophy.

South Africa played the Test series without their best bowler Kagiso Rabada. He was out due to an avoidable injury. Rabada returns to the South Africa team as he will playing against Pakistan in the Two-match Test series. The Proteas will look to continue their winning run against them. Let’s see what happens next for them.