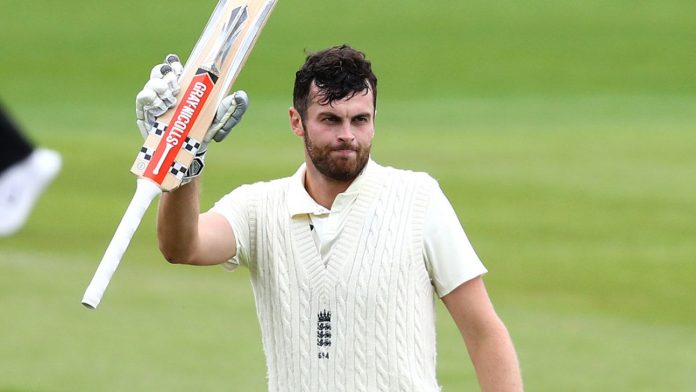 After some chirping and sledging done by Niroshan Dickwella throughout the ten days of the two-Test matches, it was Dom Sibley who became the only English batsman to handle the Sri Lankan keeper ideally. The opening batsman on the final day – chasing a mere 163 run target – chose honesty as the counter of Dickwella’s comments.

After losing his partner Zak Crawley early and then skipper Joe Root, Sibley was playing cautiously. Dickwella being the chirper he is, went on asking if he would keep his place in the side for the upcoming Tests in India. What would have annoyed the best, elicited a calm response from Dom Sibley? Who said that he is not sure as he hasn’t had the best series with the bat in Sri Lanka? The clip was uploaded by a fan on Twitter and went viral.

Dickwella: Are you gonna open in India?

Sibley: Do not know, I have not had a very good series.

Dom Sibley, facing severe problems playing Lasith Embuldeniya’s spin had managed scores of 4,2, and 0 in the three innings he had batted in. However, with England losing quite their top-order in the second innings of the second test. Dom went on to cross the line scoring 56 runs off 144 balls. Along with Jos Butler, who scored 46 runs off 48 balls, Sibley managed to take England home. The visitors won the match by six wickets and clinched the series 2-0.

In the first innings, Niroshan Dickwella had been seen chirping from behind the stumps while Jonny Bairstow and a young Lawrence were batting. He spoke about Bairstow being dropped for the first two tests against India. The English batsmen also have it back when Dickwella was out to bat. They asked him to bat properly, or else Dinesh Chandimal might be given the gloves and he might get dropped.

Post the match talking to Sky Sports, Dom Sibley said that he was in a dark place before the half-century came. On his plans going forward, he said he’d want to go as the course takes him.

“We will have to wait and see what happens, we’ve got guys coming back into the team. But I am pleased that I have managed to end this tour on a high. The other night I was in a pretty dark place so to get some runs is a bit of a relief. And with the hard work that I have put in, it is nice to see some rewards.”

“I have had a bit of a stinker in the series so far. Having worked really hard on playing spin before we came out here during the winter months in England. You start to doubt yourself before today.”

“Obviously, I had a bit of luck with the reviews and it was nice to spend a bit of time at the crease. Give me a chance and see the boys over the line.”