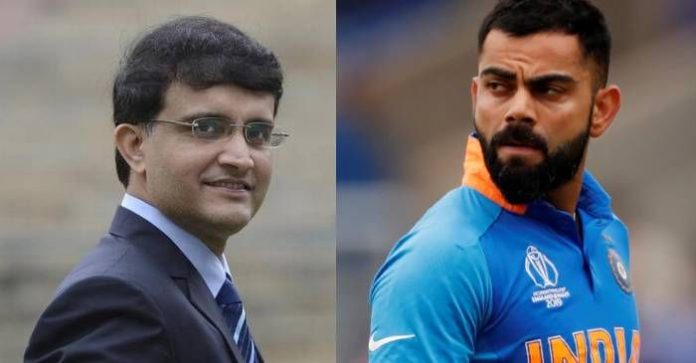 The Border-Gavaskar Test series between Australia and India has been on the new for various reasons since the first day. Recently after the rumours of Indian players breaking the COVID protocols, Queensland’s Shadow Minister for Health and Ambulance Services, Ross Bates’ came up with a comment which has not been taken kindly by the BCCI. The BCCI feels that her comments show Indian players in a bad light despite cooperating with Cricket Australia throughout the tour and following all the rules and regulations.

Bates made this comment after the Indian cricket team refused to stay in strict quarantine for the fourth Test that is to be played in Brisbane. There are now claims that BCCI is planning to trim the series down to only three, by not playing in Brisbane. They feel that had the Indian team not followed the rules then Rohit Sharma would not have gone through a 14-day quarantine after reaching Australia. It is clear that the BCCI does not like the tone in which Bates made those comments. They are seriously considering whether to play at the Gabba or not. The statements that were just recently made by the public representative portrays Indians in poor light.

It was said seemed rife with hostility and bordered on racism. It is, therefore, not a surprise that a rethink is on the cards. If a representative of the public does not want us there, it is hurtful and the last thing we want is to upset the Australian fans who have given us so much love and support over the years.

What A BCCI Official Told The Times Of India?

“The statement that was made by the public representative portrays Indians in poor light. To add to that, let me assure you, we do not want to do anything other than to abide by the rules. Further, Rohit Sharma’s strict quarantine is a case in point. To try and propagate a view that we do not wish to follow the rules is unacceptable. To add to that, the tone and tenor, in which it was said seemed rife with hostility and bordered on racism.”

Therefore, a rethink is on the cards. If a representative of the public does not want us there, it is very hurtful. The last thing we want is to upset the Australian fans who have given us so much love and support over the years. We surely do not wish to make it difficult for them or for Cricket Australia.”

The incident that was all over the news happened rather recently. The Indian cricket team are not ready to go through strict quarantine in Brisbane. That is where the fourth and the last Test match is scheduled. In reaction to that Bates said that the Men In Blue should not come if they can’t play by the rules.

What Bates Said And Also Posted A Video Of Her Statement On Her Twitter Handle?

Queensland’s Shadow Sports Minister Tim Mander reiterated the same thing. He also feels that the Indian team should not come if they cant follow the restrictions. The ones that have been laid out by the Queensland government. “If the Indian cricket team wants to spit the dummy. They clearly want to disregard quarantine guidelines in Brisbane for the fourth Test. Then it’s best that they should not come.”

Now it remains to be seen whether the situation eases up. Whether the Men In Blue get to play at the Gabba or not, remains to be seen. Does the BCCI take the matter in their own hands? It will be disheartening for the fans to see the Test series get trimmed to only three matches. It has been a very feisty affair and both sides have been very competitive.