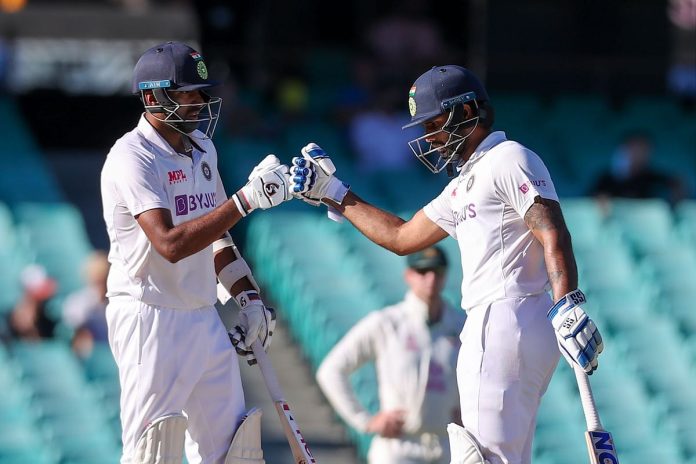 Indian middle-order batsman Hanuma Vihari’s savage response to Asansol’s Member of Parliament Babul Supriyo did rounds on Twitter. Supriyo, who commented on Vihari’s slow strike rate in the second innings of the SCG Test, to which Hanuma Vihari corrected him with the spelling of his name.

The Story That Went Viral On Social Media

Hanuma Vihari came into bat on the fifth day of the third test when India had lost a well set Ajinkya Rahane and Rishabh Pant. While the skipper couldn’t make his batting prowess count in the second innings, Pant counter-attacked and managed a well-paced 97 runs.

His 148 run partnership with mainstay Cheteshwar Pujara gave the visitors a shot at victory on the last day. With Pant gone, an injured Hanuma Vihari had to come out to face the lethal Australian pace quartet. Playing 109 balls to score 7 !That is atrocious to say the least•Hanuma Bihari has not only killed any Chance for India to achieve a historic win but has also murdered Cricket.. not keeping win an option, even if remotely, is criminal.
PS: I know that I know nothing abt cricket

Battling the circumstances, just when Vihari looked settled Pujara was dismissed as a ripper from Josh Hazlewood. Then came in Ravichandran Ashwin, the final tad of India’s batting, with Jadeja’s fitness still a major concern. Vihari and Ashwin played through the day only with a draw in mind. A wrong move would mean a loss. Hanuma Vihari’s 23 came off 161 balls on a day five pitch at the Sydney Cricket Ground. Spending 286 minutes on the crease with a hamstring giving up. He managed to face the steep bouncers from Cummins and Starc. The innings was even more special given the bad tour he was having and his selection was on the ropes.

While pundits and fellow players might see the 23 run innings as one of the best in the test match, giving enough credit to the circumstances. Some fans thought the Andhra Pradesh batsman was too slow and India could have won the test match. Hanuma Vihari Takes A Jibe At The West Bengal MP

One of them was the elected Member of Parliament, Babul Supriyo who wrote, “Playing 109 balls to score 7! That is atrocious, to say the least, Hanuma Bihari has not only killed any Chance for India to achieve a historic win but has also murdered Cricket.. not keeping win an option, even if remotely, is criminal. PS: I know that I know nothing about cricket.”

This was tweeted in the middle of Vihari’s struggle on the Sydney pitch. However two days after the innings, the middle-order batsman took on the tweet and issued a sarcastic reply. He didn’t bat against the opinion of Supriyo but just corrected the MP for making an error of getting his name wrong.

Babul Supriyo had written the cricketer’s name as ‘Bihari’ instead of Vihari.  This reply from Vihari spoke a lot in lesser words. It was a signal by the Indian test batsman that the politician was maybe not the best person to comment on the pace of Hanuma’s innings.

India indeed drew a match, they would’ve lost after losing Ajinkya Rahane in the second over of the day. While Hanuma not only frustrated the Aussie team but also made a strong case for him as a Test batsman.