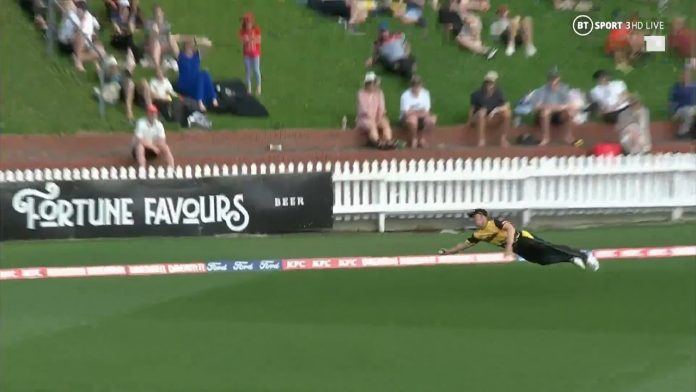 The athleticism of the current generation of cricketers has increased to a level where we are no longer surprised by stunning catches and pieces of fielding in almost every match. However, some players often prove us wrong by pulling off some trick which makes us awestruck. A similar piece of fielding was seen today in New Zealand’s Super Smash League. When the 30-year-old Logan Van Beek took a ripper to dismiss Brett Hampton.

Coming back to the topic at hand, Logan Van Beek took an amazing one-handed catch. It was in the match between Wellington and Auckland.

Logan van Beek with one of ???? catches you’ll ever see ?

He genuinely had no right to take this! #SuperSmashNZ pic.twitter.com/HUAftoHiGj

The catch was taken in the tenth over of the Northern Knights innings which was being bowled by Wellington skipper Michael Bracewell. The delivery was bounced up and Brett Hampton gave it a good sweep, but just as it seemed the ball would fall safely between deep mid-wicket and deep square-leg, Van Beek came flying out of nowhere to complete a jaw-dropping one-handed catch.

The Dutch-Kiwi all-rounder was running at full speed with all his agility and managed to time his dive perfectly and held on to the catch with one hand at full stretch. Given the great height that the ball reached, the wind factor, and the amount of ground he had to cover, it was a truly sensational effort. A video clip of the same became viral on social media in no time. It was posted by BT sport cricket and has got more than 4k likes in a few hours.

In fact, the video was also retweeted by famous English all-rounder Ben Stokes. Ben is himself an exceptional fielder but this catch shocked him as well. He captioned the video by saying, “What the…”, which clearly expresses his amazement. He highly praised the 30-year old fielder, Logan Van Beek. 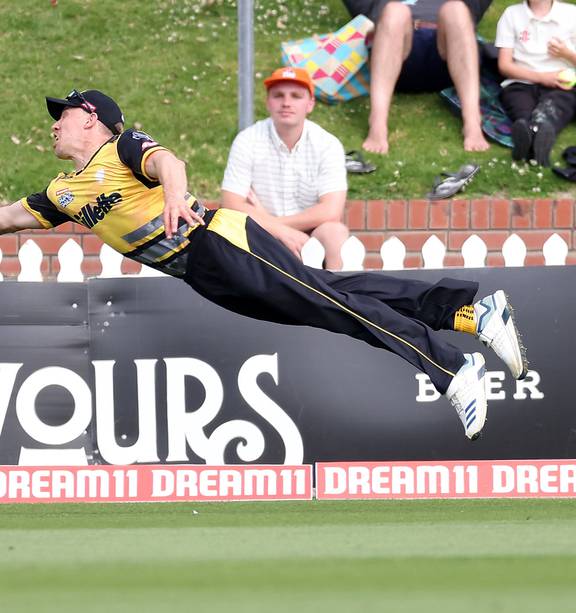 The catch had a decisive implication on the match. Van Beek’s important catch lead his team Wellington to victory. Auckland scored 176/3 in their 20 overs. That is coming in to bat first. Wellington looked comfortable in their run chase from the very beginning.

However, but their middle order stumbled. In a neck to neck fight that got stretched to the final over. Wellington finally finished off in style and won the match with five balls in hand. Thus, it was a narrow victory and the runs that Van Beek saved through that catch were what decided the match.

Having been sponsored by online betting company Dream 11, New Zealand’s Super Smash has got quite a lot of fame. That is due to the aggressive marketing policies. If jaw-dropping moments like this continue to come into mainstream media, the small budget T20 League may rise up to the fame of BBL in no time. Let’s wait and watch what happens next.