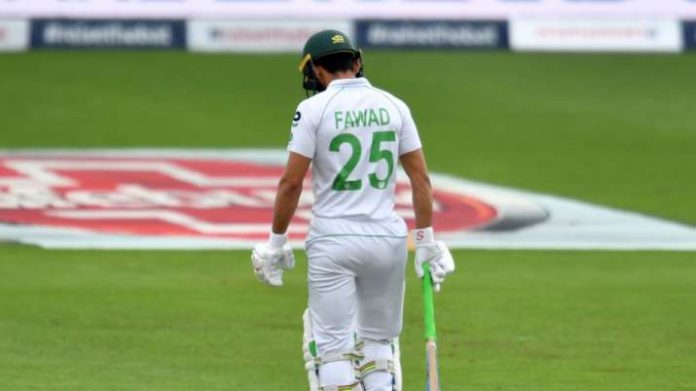 The Fawad Alam Video- After a disappointing defeat in the first match of the test series, Pakistan will look to turn things around as they take on New Zealand in the second match. The match started today morning but as of now, the Kiwis seemingly have an edge in the second match as well. The Pakistan team got all out in the first match. However, it is a spectacular feat that the Paks managed to score 297 in a single day thanks to the brilliant performance from A. Ali.

The Brilliant Delivery That Got Fawad Alam Out And Went Viral

In the first Test match, various moments of the match had gotten viral on social media. Yasir Shah’s sledging, New Zealand’s brilliant piece of fielding- all of these had made headlines. This time, it was Kyle Jamieson’s turn.

The Kiwi pacer won the hearts of everyone through his wonderful piece of bowling. A particular delivery which dismissed Pakistan batsman Fawad Ali has baffled everyone.

What Is Going On In This Game?

In the match being played at the Hagley Oval, New Zealand won the toss and elected to field first. Coming on to bat, Pakistan did not get the desirable test match start. Opening Batsman Masood got sent off in a duck by Tim Southee (leg before wicket). His partner Ali also didn’t last long. He was dismissed by Kyle Jamieson on 23. That was just the beginning of Kyle’s demolishing spell. The Kiwi pacer went on to take a five-wicket haul and gave eight maiden overs!

He was getting the benefit of the pitch so much that the delivery which dismissed Fawad Alam shocked both everyone including the Kiwi fielders and Fawad Alam himself. Kyle Jamieson bowled a bouncer but a rather strange one. A good length delivery rose up abruptly and took Alam off guard. The ball hit his gloves and was easily caught by New Zealand’s wicket-keeper BJ Watling.

Fawad’s look of amazement has been caught on-screen and the video has gone viral in no time. In the meantime, praises have started coming for the young kiwi pacer. It is a wonderful landmark of his test career. He took the big wickets of Ali, Harris Sohail, Fawad Alam, F Ashraf, and even the Pak skipper Muhammad Rizwan. This will add to Kyle’s confidence and thus push him to perform even better in the rest of the Test series. 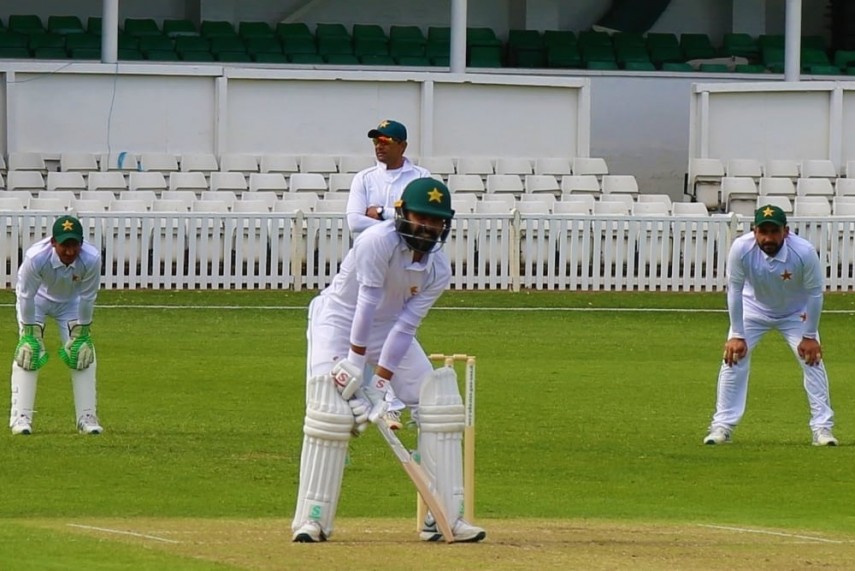 What Next For Pakistan And New Zealand?

However, Ali caused a lot of trouble for the Kiwis. The Pak middle-order batsman went on to score 93 off 172, missing his century by a mere seven runs. Ha was dismissed by Mat Henry. Ali single-handedly took Pakistan’s score to a respectable position.

The New Zealand’s batting line-up is terrific and this score of 293 is nothing compared to the 600+ that the Kiwis scored in the first innings of the first test match, but still will give the Pakistan team a fighting platform. There has been a clear evident improvement in the Pak batting performance and if they can carry that forward in their bowling as well, the team can also go all out for a win.