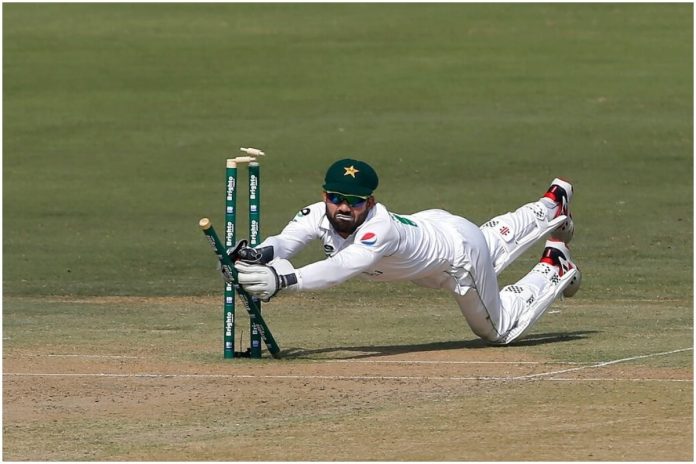 The Hasan Ali- Quinton De Kock Video That Went Viral- Pakistan’s Hasan Ali who became the face of a meme – profile picture versus real picture – by ICC, was seen engaging in an argument with South African skipper Quinton de Kock on Wednesday. The incident occurred when Ali was given not out by the umpire owing to a no-ball bowled.

After having Pakistan down to 27/4, owing to a lethal first spell by Kagiso Rabada, Pakistan rode on the backs of their middle order to somehow manage to cross the 300 run mark. Fawad Alam scored a brilliant century, Azhar Ali and Faheem Ashraf got half-centuries each and the lower order – especially Hasan Ali (21), Nauman Ali (24) and Yasir Shah (38) – showed real grit to post a 378 run total.

The South African bowlers saw their team crumble for a below-average 220. They would have not expected to bowl 119.2 overs after the headstart they had. It was still a decent batting performance, though they now need to recover in the second innings.

It was the second ball of the 105th over and Keshav Maharaj – who had already seen some success – clearly intended to clear Ali’s stumps. Maharaj bowled a  full delivery outside off stump. Hasan Ali tried to drag a sweep from outside the stumps but could only manage a bottom-edge that sent the ball rolling back onto the stumps. Just when the spinner went on to celebrate his third wicket of the match, the umpire called for a no-ball and Ali survived.

Ben Stokes Makes A Huge Revevaltion; Find Out What It Is?

However, the ‘not-wicket’ and the frustration of standing behind the stumps for more than 100 overs, took over De Kock who seemingly poked Hasan. The duo had some heated discussion and the umpire had to halt the play and interfere to bring calm.

Hasan Ali was later bowled by Kagiso Rabada– who picked his 200th Test wicket. A length ball, angling in dismantled the middle stump as Hasan Ali tried to slog. He scored 21 runs in 33 balls, hitting two boundaries in his 53-minute stay. The picture of Ali’s stroke was taken by ICC and turned into a meme. The council was trolled by fans all over the globe.

What Next In This Close Encounter Between South Africa And Pakistan

The third day of play – Thursday– saw South Africa bat through all four sessions. Starting with a deficit of 158 runs, the visitors managed to end of the day leading by 29 runs. That was with six wickets in hand. Pakistan took three wickets in 25-minutes to scold the Portea innings that seemed to do well. It was Yasir Shah’s spin that changes the game. The leg-spinner along with Nauman Ali drilled through the top order.

Share
Facebook
Twitter
Pinterest
WhatsApp
Previous articleWomen’s Deodorants Are Ten Times Better Than Men, Says Ben Stokes In Quarantine Video
Next articleLatest: Team India Vs India A Prior To The Start Of The England Tour?