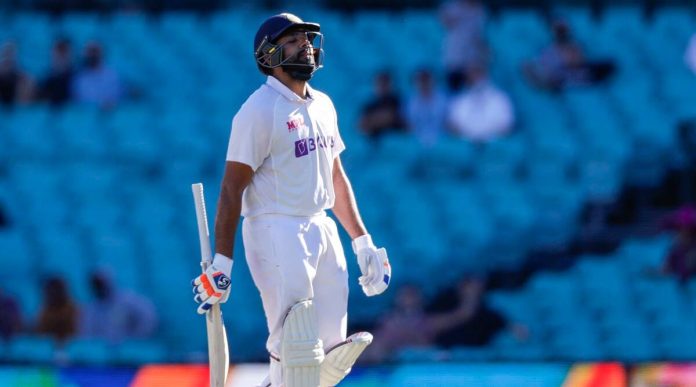 This has been the story of the Test series so far. Every time a batsman has looked set, he throws away his wicket. Same was the case with Rohit Sharma, who did it in the first innings of the fourth Test. That is when Team India came out to bat after the visitors had put in a solid total of 369.

Rohit Sharma and co. knew that they needed to get a job done. However, the start was just not good for the Indian team. They were at 62/2 when play was suspended.

Rohit was looking awesome today, then he did this ☹️ pic.twitter.com/iEtrIcuXMc

Though he started off really positively, Rohit Sharma just threw away his wicket. He would have been so disappointed with himself, as the team needed more from him.

It has been an eventful series for the Mumbai Indians’ skipper already. He made his return to the Test format after months and has really looked good. However, he would have surely been disappointed that he threw away his wicket.

What Next For Team India As The Play Is Stopped?

With the number of injuries that Team India has had so far, they would want to hold on to a draw if they lose the plot in their batting. A top score of more than 369 will be needed in order to ensure that Australia has to really fight hard.

For that to happen, the middle-order and the lower-middle-order of Team India will have to really perform. It will be interesting to see whether they can do that, with a totally reshuffled squad.

Last time out, it was the likes of R Ashwin and Hanuma Vihari who had gotten the job done. This time around, neither of them are playing and the injury crisis is playing a huge part in Team India’s performance. Let’s wait and watch what the new guys do and whether or not they can get the job done. The Injury To Navdeep Saini And What Does That Mean For The Indian Side?

Navdeep Saini is injured at present and could be out of the game with regards to his bowling. It will be interesting to see whether he is sent out to bat or not. For now, the injuries continue and some of the experts have blamed it on the lack of pre-season.

One needs to remember that most of these players came to Australia, straight from the IPL. They did not get enough time to prepare. Neither were they allowed any kind of rest, nor an opportunity to have some time off.

Three back-to-back series (ODI, T20 and Tests) have really given them tiresome legs and bodies. They have failed to remain fit right through the tour and have suffered due to the same. With the series against England coming up, it will be up to the management to ensure that the players recover and are ready on time to play at home.