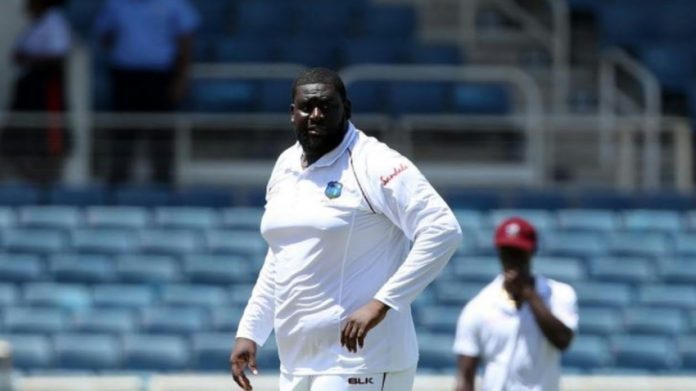 Look at Rahkeem Cornwall and the last thing one might think about is his inclusion in a Test side, fielding for approximately 200 overs in five days and taking out of the world catches. The Big man on Sunday decided to mark the popular opinion and take a badass shot at it. It was the 62nd over of Bangladesh’s second innings and they needed 17 runs to win with only one wicket in the bank.

What a match, what a climax ? pic.twitter.com/4faGPUNJmc

Mehedy Hasan (31 off 56 balls and Abu Jayed knew a little bit of careful defending for six odd overs could take them home. However, Warrican bowled a phenomenal ball to square up Hasan, as the ball touched the edge of the bat and looped really low towards first slip. Cornwall – standing at the slip – plucked out a blunder as he went really low towards his right. The effort by the off-spinner made sure Bangladesh fell 17 runs short and Windies won the series 2-0.

What a win for West Indies @irbishi !!

Outstanding catch that from @Rahkeem01 !

In the post-match ceremony when Rahkeem Cornwall was awarded the Man Of The Match for taking nine wickets (five in Bangladesh’s first innings and four in the second), he spoke about the catch.

“It was a good performance. The whole team had great energy from day 1. The team management backed us as well. Once the conditions allow you to spin it, I backed myself to spin it. You need to be patient and bowl consistently. Practice hard in the mornings with my slip catching. I just back myself that when the ball comes to me, I will catch it.” 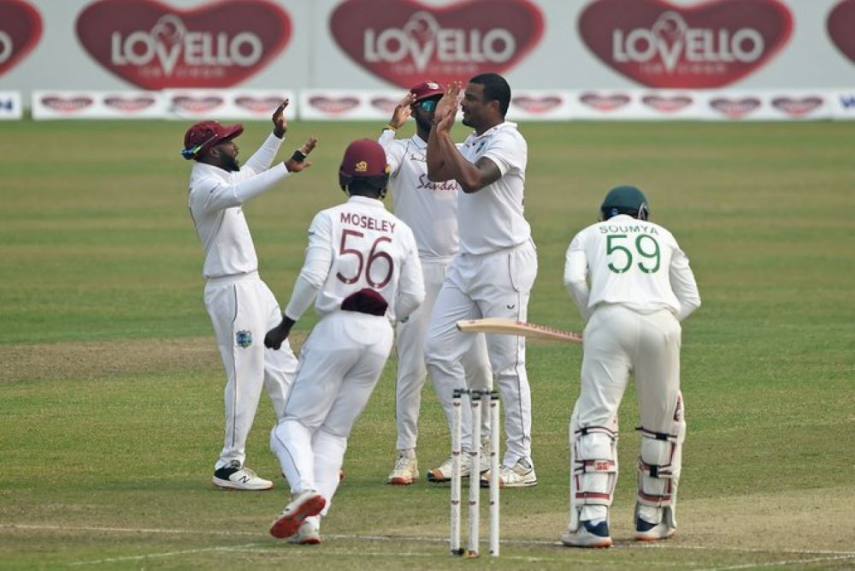 He spoke about his success on the Dhaka pitch, the bowler had spoken about the bounce and having patience.

“The ball bounces a bit more in Dhaka. There was not much bounce or spin in Chittagong. I got a bit more purchase here. I worked with what I get, with whatever pace I get out of the wicket, I use it as my strength. It is always a good feeling to take five wickets. Helped put the team in a good position to win the team. The plan was to keep things simple, be patient and put the balls in the right area. I think the way our batsmen set up the game the day before, we knew that the bowlers had to do a good job today.”

Talk of fitness and the praises won’t stop. Rahkeem Cornwall bowled 32 out of the 97 overs in Bangladesh’s first innings. He then delivered 30 of the 61 in the second. Taijul Islam was the best performer for Bangladesh as he took eight wickets in the match.