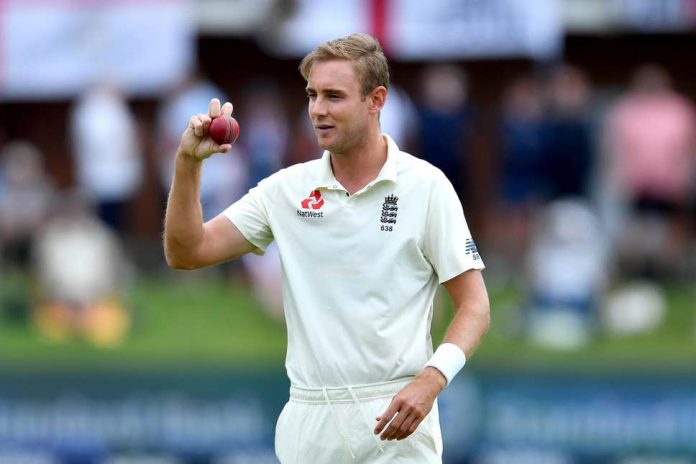 English Cricket had produced a funny moment in a game between Nottinghamshire and Worcestershire back in 2018. The game produced a funny incident while Stuart Broad and Luke Fletcher were batting. There was a clash between the two batsmen during that time and the video went viral. Nothing new in the age of technology as any such incident gets the attention of the fans on Social Media.

With that being said, there was a recent Tweet that reminded us of an important lesson. Not everything that is seen in the media can be always true. Below is the Tweet that was shared recently-

No. Luke Fletcher is not getting punched in the face by @StuartBroad8 as the picture might fool you into believing. The two are just caught in an unfortunate mid-pitch collision while taking a single.
Moral of the story – Don’t believe everything that the media shows you. pic.twitter.com/iSn6O25qCq

Well, the incident did look rather funny. Two batsmen looking at the ball and running into each other will always draw attention. Fortunately, none of them was runout in the process and wasn’t seriously injured. Though they needed some sort of treatment post that clash, they were just fine at the end.

However, though they were let off the hook on the field of cricket, the fans online didn’t feel like doing so. It became a huge troll back then and even now, the fans remember that incident with laughs. Not something that, Stuart Broad and Luke Fletcher will be proud of. It happens to the best of us!!

What Next For England And Team India Ahead Of The Fourth And Final Test Match?

The home side clearly has the advantage at present. They have taken the lead in the series and will either want to maintain it at 2-1 or make it 3-1. Team India is holding on to a sport in the World Test Championship final as of now. Unless they really lose the game, they are all set to play New Zealand for the same.

Knowing Virat Kohli, things could be really interesting with regards to how he sets the team up for this crucial match. He will surely want them to perform under pressure and take the attack on the opposition. The likes of Ravi Ashwin and co. will be all pumped up and ready to go. It has a great three months with regards to Test cricket from the Indian team.

After beating Australia down-under, Team India is now staging yet another comeback. They might earn the tag of comeback-kings if they manage to win the last Test as well. Stuart Broad may not be playing in this match, as pace is not the right way to go on these pitches. That is something that England might want to look back at and reflect on. Let’s wait and watch what happens now!!