There is just a week left for the 14th season of the Indian Premier League (IPL) to begin. The cricketer turned commentator Aakash Chopra has picked his ideal playing XI for Mumbai Indians. IPL 2021 will kickstart on April 9, with the opening match between the defending champions Mumbai Indians (MI) and the Royal Challengers Bangalore (RCB).

Mumbai Indians will be looking to set a record by becoming the first team to win the IPL title in three successive seasons. In 2020, they became the second team after MS Dhoni’s CSK to defend their IPL title. This year also, MI are one of the hot contenders for the IPL title. They have the most successful captain in the IPL in the form of Rohit Sharma. The team also consists of match winners like Hardik Pandya, Krunal Pandya, Ishan Kishan, Suryakumar Yadav, Jasprit Bumrah, and several other star names.

Mumbai team management will find it tough to name their playing XI as they have a luxury of match-winners in their squad. However, Aakash Chopra seems to have given them an idea by selecting his strongest Mumbai Indians playing XI. Aakash Chopra picked Rohit Sharma and Quinton De Kock as his openers. He picked Suryakumar Yadav to bat at number 3 and Ishan Kishan to bat at the number 4 position. Chopra filled the next three spots with all-rounders. Kieron Pollard, Hardik Pandya and Krunal Pandya find the three all-rounder spots in this playing XI.

“Rohit Sharma along with Quinton de Kock, then Suryakumar Yadav and Ishan Kishan, that makes it the top four. Hardik Pandya, Krunal Pandya, Kieron Pollard – this makes it seven already. You can move them up and down the batting order.” Jasprit Bumrah will lead the MI bowling attack as usual

He then picked two Indian bowlers in the form of the pacer Jasprit Bumrah and the wrist-spinner Rahul Chahar. According to Chopra, the New Zealand left-arm pacer Trent Boult along with the Aussie pacer Nathan Coulter-Nile will be the other two pacers in his team.

Chopra feels that even if Mumbai Indians don’t play four overseas players they will still be the team to beat in this tournament. They have a luxury of match-winners in their ranks.

“After the top seven, you only need to pick four more players and you have picked only two overseas till now. In the four you have Bumrah and Rahul Chahar. So, only two are left in which one you can take Trent Boult and along with him you can play Nathan Coulter-Nile if you want or any other player you wish to play.”

“They have a lot of options. If they do not play four overseas also, it will still work out for this team. They are that kind of aside. So one more time, the Mumbai Indians is going to be the team to watch out for and the team for everyone to beat if you are capable of doing that.” 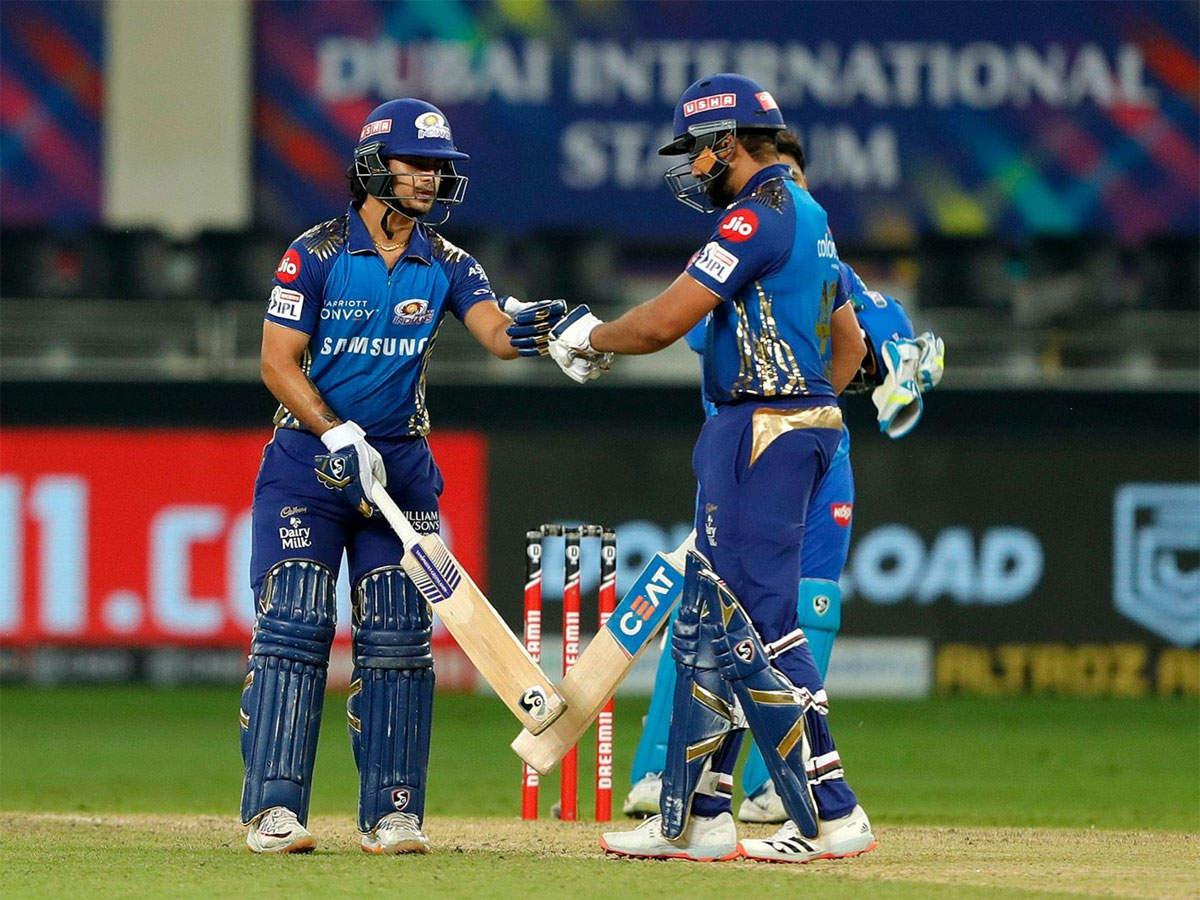 Mumbai Indians are definitely the team to watch out for

Mumbai Indians are definitely the team to watch out for. Aakash Chopra’s playing XI of Mumbai Indians can beat any team on any given day. Such is the quality of the bench strength, that if a regular member of their XI gets injured or they decide to rest them, there are players waiting on the bench to grab their opportunity. So, in all likelihood, Mumbai Indians can set the record of being the first team to win the IPL title in three successive seasons.