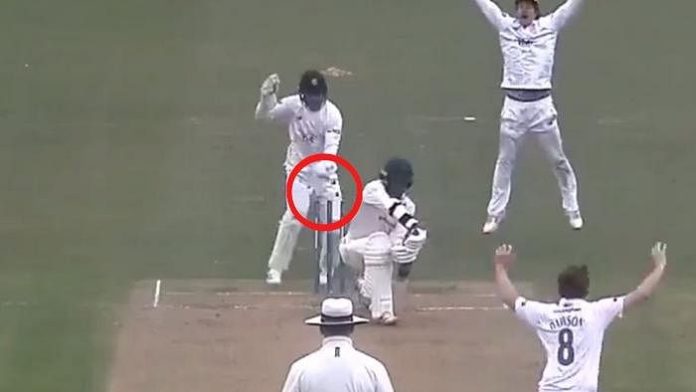 The Shocking’ Stumping Incident- A hugely controversial incident happened in the English County Championship this week during the match between Leicestershire and Hampshire. Hampshire totally dominated the game right from the start as they put up a huge score of 612/5 in the first innings. Hampshire captain James Vince’s brilliant double ton alongside 150 by Liam Dawson helped the cause. In reply, Leicestershire was knocked over for only 202. A follow-on was enforced by their opponent.

In the second innings, Leicestershire made a better start. They were 59 for the loss of one wicket before Hampshire wicket-keeper Lewis McManus stamped out Hassan Azad in a very controversial way.

This has become the major talking point of the ongoing County Championship. According to Law 29.1.1.5: “The wicket is put down if a bail is completely removed from the top of the stumps … by a fielder with his/her hand or arm, providing that the ball is held in the hand or hands so used, or in the hand of the arm so used.” It was against the spirit of cricket that the Hampshire keeper did not even make any attempt to overturn his appeal to the onfield umpire.

The Statements That Followed About The Incident Between Leicestershire And Hampshire

“For everyone at Leicestershire, the behaviour displayed by Hampshire was extremely disappointing and has no place in the game,” Leicestershire CCC chief executive Sean Jarvis said in a statement.

“I have written to the ECB following the completion of this fixture. That is to express the concerns and disappointment of what happened. I hope we can resolve this matter quickly. We need to move on from the incident.”

Vince defended his under-fire wicketkeeper on Sunday, suggesting McManus didn’t realise his actions at the time. He told the ECB Reporters Network, “Lewis is pretty down about how it looks, but from his and our point of view we were not aware, there was an issue until a few overs later. We are talking split seconds. Had we known instantly we would have called (Azad) back.”

“Knowing Lewis, if he had known exactly what he had done, he would have said something.” 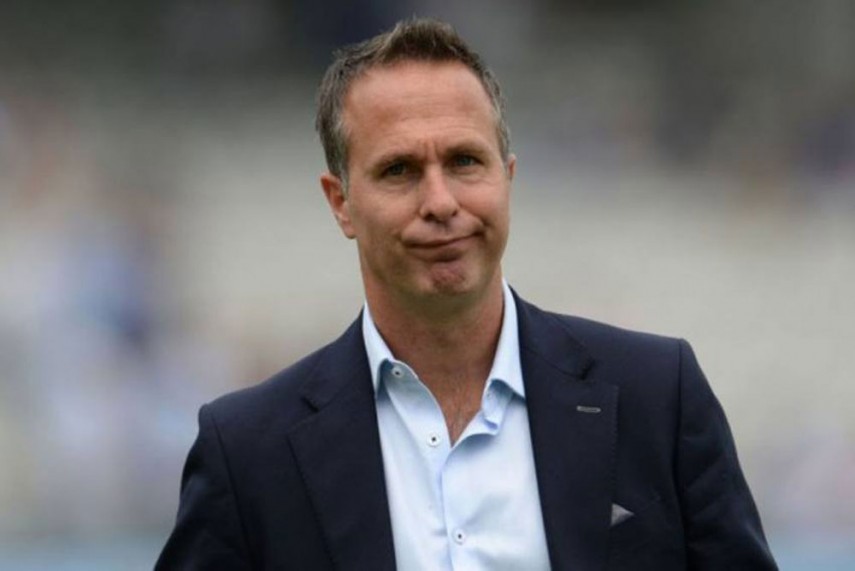 How Michael Vaughan Reacted To The Incident?

Leicestershire head coach Paul Nixon added: “We were disappointed with what happened and we have spoken to the match referee. It is something we do not want to see in our game. I have never seen it before in all my years of cricket, and we will wait to see how the ECB handle it.”

Very poor this but I hope it’s a lesson to him … All county games are now streamed so you can’t get away with anything … https://t.co/imXxtvKTKu

Former England cricketer Michael Vaughan Tweeted about this incident saying it was poor for the game. Right now no one can get away after cheating in County cricket.