Talking Points: Five Things That We Learnt From The Late Win For Liverpool

Liverpool is right back on track in their chase for the Uefa Champions League qualification for next season with a thrilling victory over West Brom. Jurgen Klopp’s side is now occupying the fourth spot in the Premier League. They were lucky to come out of that game with a win.

Let us look at the five major talking points-

The former Bayern Munich midfielder was on the top of his game against the baggies. After conceding the first goal, Liverpool started to dominate the game courtesy of the efforts of Thiago Alcantara. West Brom manager Sam Allardyce played an ultra-defensive lineup after they went ahead but the Spanish midfielder kept on surging forward and found some spaces. He was constantly on the ball, constantly available to take possession, constantly able to turn away from those closing him down – a masterful all-around showing, without lacking any defensive work which was required. He forced the issue, but sensibly and at the right times. 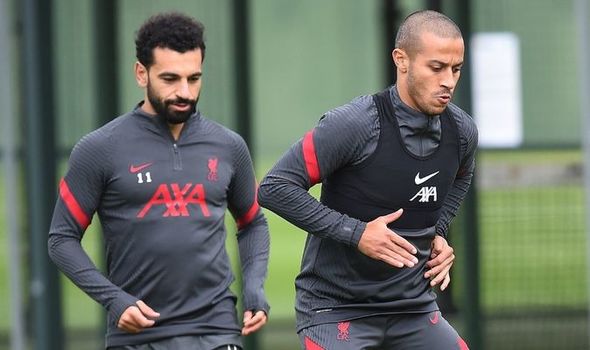 Liverpool star has not had the best of seasons this term but he is still scoring some eye-catching goals with accurate finish. Salah again found the net and took his scoring chart to 22 this season. Tottenham forward Harry Kane is also in the Golden Boot race with Salah and he scored against Wolves. Kane is also on 22 goals in the league this season.

3. Diego Jota out for the rest of the season for Liverpool

There was a setback again for Jurgen Klopp’s side as new signing Diego Jota is out for the remaining games with a bone injury. Jota’s own form hasn’t been stellar recently, but even without being on top form, he remains a goal threat and a counter-attacking worry for rivals – and a game-time one for Sadio Mane, of course.

4. Back in Champions League qualification race

Liverpool’s start to the game wasn’t the worst, but they did still fall behind after dodgy defending – and the same could have happened soon after 1-1. However, a very important three points on the road again helps them keep in touch with fourth-placed Chelsea. Klopp’s men have a game in hand as well.

5. Allison scores the winner for Liverpool

Allison Bekar became the first Liverpool goalkeeper to score a goal in their entire history and what a time he did it. This season Allison’s form has been a worry but this goal surely has boosted his self-confidence for sure.

Jurgen Klopp was excited watching his keeper scoring the winner and said it was a striker’s goal.

“It is the best goal. I have ever seen scored by a goalkeeper! Strikers score like that. If Olivier Giroud scores like that you say it’s a worldie. It is a worldie! Wow!

“There are more important things than football but when football can deliver moments like this for him, and all the boys, and our fans, then football is the best thing for a few seconds than anything else out there.”

He added to Sky Sports: “It is an unbelievable header. I have never seen anything like that, good technique. I was not sure what I was seeing.”