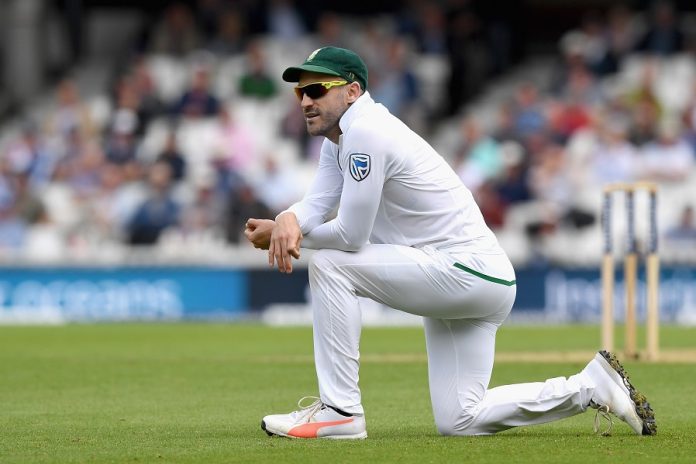 As the footballing world prayed for Christian Eriksen, the cricketing world had their own woes. Ex-South African skipper, Faf du Plessis, picked up an injury in a PSL game, which saw him being rushed to the hospital. The opening batsman was rushed to the hospital, after a collision with Mohammad Hasnain in Abu Dhabi. The injury could be a rather series one, though an update is awaited.

The player was taken for scans after he collided with his Quetta Gladiators teammate. This was in the match against the Peshawar Zalmi on Saturday. The end result did not look all that great for the South African. Injuries in cricket are common. However, this collision looked bad. The trends on Social Media confirmed that the player was seriously hurt. The fans couldn’t help but talk about it. There were Tweets being sent out talking about the incident. Many of the fans later started praying for a speedy recovery, as the collision looked really bad.

Faf du Plessis has been shifted to hospital for further tests. He collided with M Hasnain earlier in the field. 2nd QG player in two days.

Faf is in the dugout. Has been replaced by Saim Ayub (concussion sub)

The collision looked really bad and it was something that no fan at home would want to see. Just sad to see one of your favourite players get hurt like that.

Below is the link to the video for anyone to watch. It is rather sad!!

What Next For PSL 2021 And The Players In Particular Who Are Trying To Make A Name For Themselves?

The players are keen on making an impact in the latest edition of the Pakistan Super League. Just like the IPL, the tournament had to be stopped mid-way, due to the Covid-19 pandemic. However, it was good to see the competition resume, with the young talents looking to make a name for themselves.

Despite that, things are not looking that great for the Quetta Gladiators. They are currently at the bottom of the points table. Their chances of qualification for the playoffs is more or less nil and they will be disappointed that things haven’t really worked out well for them. It is sad to see the efforts of the likes of Faf Du Plessis go to waste, after the player picked up a knock.

However, with the T20 World Cup coming up later this year, the star will want to be rather careful and not hurt himself. He will want to make a positive impact, while staying fit so that he can contribute his best for the national team. Faf Du Plessis is one of their best players and it is important that he is good to go. Let’s wait and watch if he can recover quickly now and things plan out.