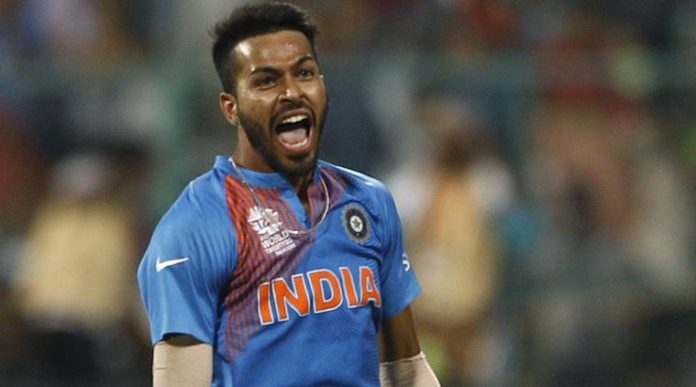 The Sarfaraz Ahmed Reaction- With the evolution of Social Media, not even the tiniest of reactions that our favourite sportspersons give on the pitch is left unnoticed by the fans. Cricket is no exception. Most of the fans watch the games very closely nowadays and they leave no opportunity to screen record some funny incidents on the pitch to share them on their social handles.

What Was The Epic Reaction By Hardik Pandya When Sarfaraz Came Down The Track To Him?

One such clip of Hardik Pandya from an old match between India and Pakistan has resurfaced recently and has given a good laugh to loads of fans on both sides of the border. In the video that went viral recently, Pakistan captain Sarfaraz Ahmed can be seen facing Hardik Pandya in the 28th over of the India vs Pakistan match of ICC World Cup 2019. Hardik had already taken a couple of wickets at the expense of 29 runs in five overs, and he was in lethal form in that game.

On the first delivery, Hardik bowled a body line bouncer that Sarfaraz charged down the track. Hardik Pandya’s reaction to the not so deliberately played shot, is precious. He can clearly be seen pointing at Sarfaraz and trying hard to control his laughter at the way Sarfaraz played his shot.
The two-year-old video has been resurfaced again on the demand of certain cricket fans. They were reminded of this incident between Sarfaraz Ahmed and Hardik Pandya. That was after the recent brawl that took place between Shaheen Afridi and Sarfaraz Ahmed. It was in the PSL (Pakistan Super League) match between Sarfaraz’s side Quetta Gladiators and Shaheen’s side Lahore Qalandars.

In the match, Shaheen Afridi bowled a similar bouncer to Sarfaraz Ahmed. It took the Pakistan skipper off guard just like Hardik Pandya’s bouncer had done two years ago. The Pakistani pacer got involved in an argument with the umpire. That was over his decision of giving a No-Ball. When Sarfaraz Ahmed came in to solve the matter, there was a heated debate between him and the pacer. The video got crazily viral on Social Media. That is what reminded the fans about the two-year-old incident.
It is not the first time though that Sarfaraz Khan’s on-field moments have been laughed about and made into Memes. The Pakistan skipper is often targeted by members as a subject of their Memes. Be it his English or his dizziness in the field, the members, especially the Indian Memers, leave no chance of trolling the skipper. Sarfaraz Ahmed, however, is seemingly unaffected by these and has never replied to his trolls.
The 2021-22 PSL season has been probably the worst season in Sarfaraz Ahmed’s career. His team Quetta Gladiators are currently at the bottom of the table of PSL table.
They have zero to no chance of qualifying in the knockout stages. Quetta Gladiators have managed to win only two matches out of the eight matches. They are seated at the sixth position with four points.
Share
Facebook
Twitter
Pinterest
WhatsApp
Previous articleWatch: The Heated Exchange Between Sarfaraz Ahmed And Shaheen Afridi
Next articlePSL 2021 Match No. 25: Multan Sultans vs Quetta Gladiators