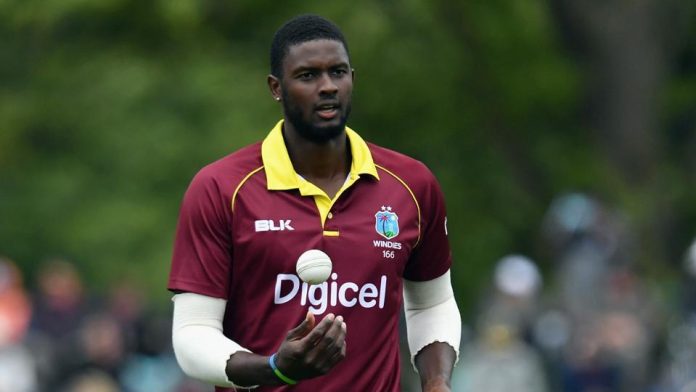 As the old saying goes, ‘Catches Win Matches’. Still holds true to date!! The West Indies has produced some brilliant fielders over the years. Keeping that in mind, a new one already known to many has emerged as a brilliant slip fielder. The man who is the talk of the town is co-skipper Jason Holder.

The player is currently part of the Test team that is facing South Africa. Though it seems that the team from the Caribbean has the advantage in this match, anything is possible in cricket. They are chasing a target of 324 with ten wickets in hand. A couple of days still remain in the game.

The teams were fighting hard to win this match. The visitors already lead the series 1-0 and this is the last and final match of the series. Just when his team needed more wickets, Jason Holder came up with a brilliant catch. It was his third catch of the innings and the all-rounder was surely having some fun.

Who needs a gully when you have a 6 foot 7 3rd slip diving like this ? pic.twitter.com/1lGRfhTctL

What a brilliant dive by Holder to get rid of the batsman. It was just stunning to see such a tall man dive full length to pick the ball out of the air. Any slip catcher would be proud of that one-handed catch that we don’t see too often these days in the game of cricket. What a brilliant take in mid-air while diving to his right. Surely one of the catches of the cricketing season!!

The Story Of The Game So Far And What Next For The Series In Progress?

The series so far has seen its ups and downs. It has been exciting to see both teams fight it out for a win and this game can go either way as of now. Though the West Indies team has time on its side, they need to score 300+ runs to win the match. That will never be easy but both teams are still very much in the game.

It will be an interesting tie to watch till the very end. Jason Holder and co. will have a huge part to play in the match as well. The team needs to score some runs, though they have all the time in the world. The focus is just to keep scoring runs and make it as close to the target as possible, without losing wickets.

If that does happen, all the pressure will be on the Proteas, who will not want to lose the game themselves. Jason Holder will be expected to score some runs for the team as well when they need it. He could be crucial to their ambitions of winning the game and levelling the series. Let’s wait and watch which way this game goes now!!