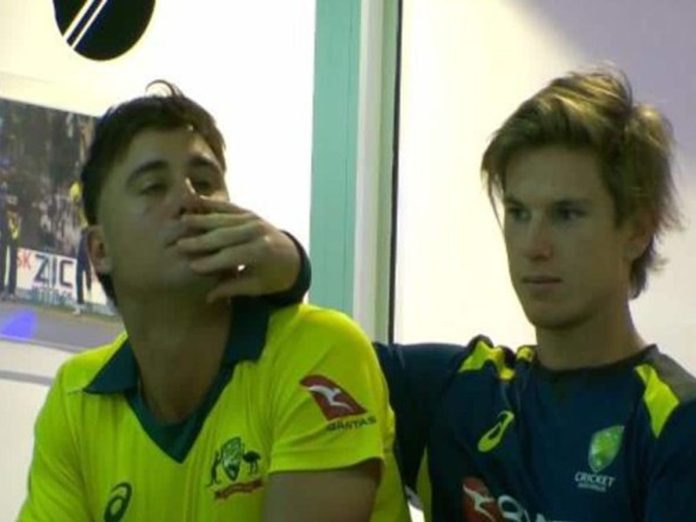 In the last week, a 29-year-old Aussie leg spinner finally tied the knot with his girlfriend Hattie in New South Wales. Adam Zampa was in a long-term relationship with her but their marriage got postponed twice due to the Covid-19 outbreak. Adam was part of the Royal Challenger Bangalore team in the IPL 2020 which happened in the United Arab Emirates. Their marriage was scheduled to happen after the conclusion of the tournament but it got postponed. This year due to the second wave of the Coronavirus, the marriage once again got postponed.

Finally, the couple can celebrate the much-awaited occasion in their life. Zampa will soon make a trip to the West Indies next month with the national side. Let us look at some of the pictures shared by his wife Hattie on Instagram. The Story Of The Much-Awaited Wedding Of The Aussie Cricketer

Adam Zampa’s teammate, Aussie all-rounder Marcus Stoinis also had some bond with Hattie in past few years and fans on Twitter are taking their chances now to create memes that are basically sympathizing with Stoinis. He has to get used to it now for some days and see the funny side of it. Here are the funny reactions on Twitter.

With the T20 World Cup coming later this year, the upcoming limited over series against the West Indies will be very much crucial. The two sides will play three ODIs and five T20Is in the Caribbean. Cricket Australia have already announced the squad and both Adam Zampa and Marcus Stoinis will be a part of the side. The series is scheduled to take place from July 9th to July 24th. Five times world champions in the One day cricket, Australia are yet to lift the T20 World cup. There are no happy memories for the Aussies when it comes to T20 cricket in the Caribbean. Their best chance in the world T20 came in 2010 where England defeated them by seven wickets in the final in Bridgetown, Barbados.

This bilateral series will be good preparation for them ahead of the World Cup. The tournament is scheduled to happen in October and November in India. Australia has brought in players to the side who have made massive impacts in the Indian Premier League (IPL) and the Big Bash League. With the T20 World Cup being played in India, Australia cricketers now know most of the stadiums and their pitches as well.

Adam Zampa was not part of the IPL 2021 as he did not participate in the tournament due to the Covid situation in India. Zampa insists that it was a much-needed break for his mental health.

“For anyone leaving halfway through any competition, it is definitely a financial sacrifice. From my point of view, I wanted to put my mental health first. Obviously, the COVID situation over here in Australia is pretty dire, to say the least. I just felt, rocking up to training and stuff. Obviously, I was not playing in the team at that point as well. I was going to training. I was not finding the motivation.

“There were a few other things like bubble fatigue and the chance to get home. Once all the news broke about the flights and everything. I thought this was the best time to make the call.”