Nothing is going right at the moment for the Kolkata Knight Riders (KKR) in this edition’s Indian Premier League. Eoin Morgan’s side is currently at the bottom of the table with four consecutive defeats. After winning the opening match against Sunrisers Hyderabad by a small margin of 10 runs, they have made losing a habit as the team is not looking like having the right balance in the side with a winning mentality. After two defeats at Chennai, fortune did not change at Mumbai as well for the Knights and things are looking bad to worse.

In a relatively good batting pitch at the Wankhede, the KKR top order made a very slow start to their innings which built immense pressure on the middle order which eventually could not perform against a collective quality bowling performance of Rajasthan Royals. The top order is not performing match after match and yet still there are no changes to their approach from the management itself. A six-wicket defeat to the bottom side Rajasthan Royals last night means the Knights have now a mountain to climb if they want to make it to the playoffs this season.

Here is a look at the three players Kolkata Knight Riders (KKR) need to drop in their next game to start winning games.

A Kolkata Knight Riders great, Narine was one of the big reasons for KKR’s success in the past. His best career performances have come for KKR in 2012 and 2014. The mystery spinner was retained by the franchise even after his bowling action has been in continuous trouble since then. Narine also did contribute with some spectacular innings with the bat when he has opened for the side.

Not a half player he was a few years back, now KKR have to look for a replacement for him. Narine is not a regular wicket-taker in the side anymore with his batting has also become a liability. This season the only two matches he has played has a score of 5 and 6 coming in the middle order. When his batting is not helping the side alongside his bowling there are players like Ben Cutting, and Lockie Ferguson in the side to replace him.

Even after a couple of good innings, the 30-year-old Maharastra opener has made in this season, arguably one can say that KKR needs more quality at the crucial number 3 position in the batting order.

Primarily an opener, Tripathy never seems to look like a match-winner of his own, and continues to underperform and lacks consistency. When the side have got an Internationally sound Karun Nair or some exciting talents like Venkatesh Iyer in the squad the team have to give them chances. 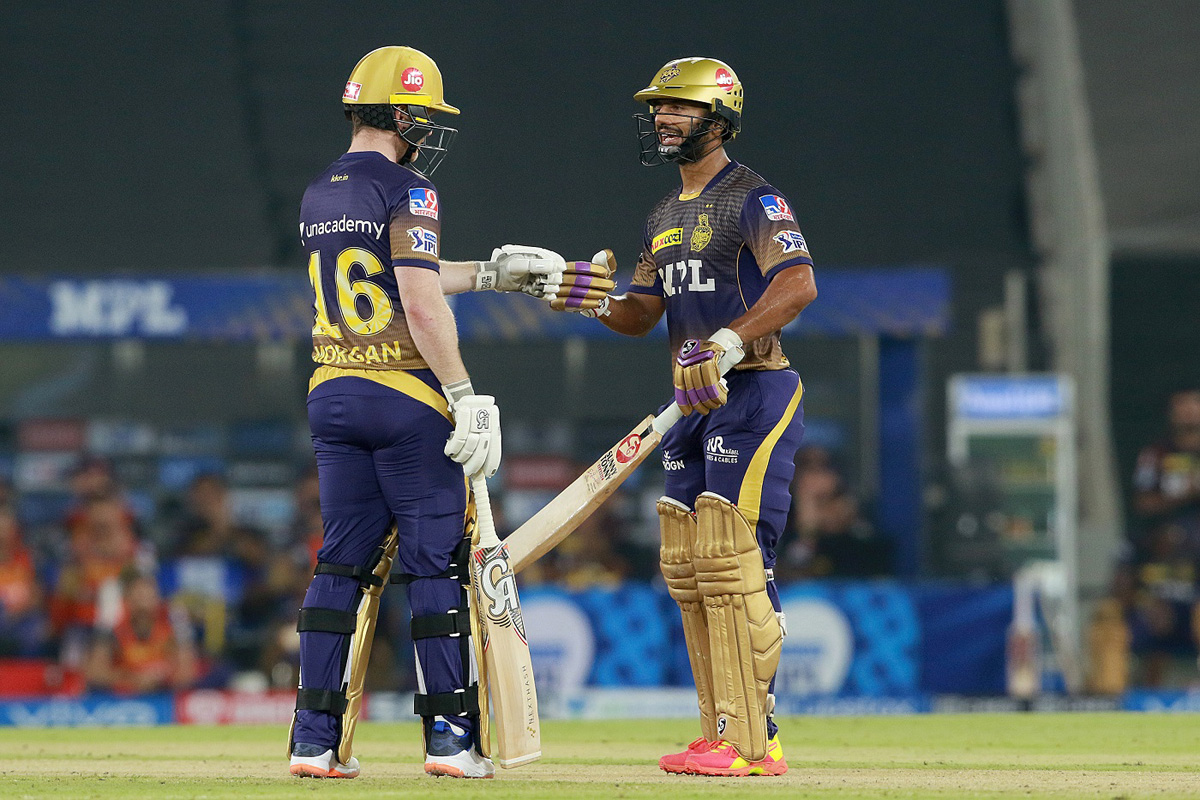 This has to be a bold call and a controversial one as well, the Knight Riders captain has become a weak link in the batting order. Apart from being the captain of the side, Morgan is contributing absolutely nothing with the bat and looking completely out of touch.

Last season, Dinesh Karthik resigned from the captaincy. That is after continuous bad results in the middle of the season, nothing has improved under Morgan’s captaincy. With four overseas to play, it is necessary to play someone who can perform and if there is still time, the KKR management needs to make a bold move asap. Possible captaincy replacements could be Andre Russell or the very talented Subhuman Gill.