Arsenal has made their worst start to a league season in 53 years now. The Londoners have lost their first three games with no goals scored at all. The team is at the bottom of the Premier League table at present, with a goal difference of -9. There are some major issues at the club, with the fans being unhappy with what they have seen so far.

With five players already in, that includes Ramsdale, Tavares, Ben White, Lokonga and Martin Odegaard, the team has been strengthened to an extent. However, it has not been enough as seen so far. With the deadline day just around the corner, there have been quite a few players linked with Arsenal.

However, as a Gooner, I feel that we still have the right combination of players to play, despite the injuries and suspensions. Thomas Partey is missing at present with an injury, while Ben White is recovering from Covid. On the other hand, Gabriel has also just made a return to training as well.

With that being said, here is the best starting XI that I want to see Arsenal start with once the international break is done, for the game against Norwich-

What Will Be The Roles Of These Players For Arsenal Post The International Break?

Role of the goalkeeper and the defenders:

Aaron Ramsdale coming in ahead of Bernd Leno could improve our football, playing out from the back. He looks calmer than Leno and his distribution overall and play with the feet is better. Further, he has the vision to pass the ball more fluently and feed his teammates.

On the other hand, the likes of Kieran Tierney and Nuno Tavares can push down the flanks. They can attack from both flanks, with the defensive midfielder slotting in to help against counter-attacks. Ben White and Gabriel are the two best centre-backs that Arsenal has at present, who would feature at the centre of a four-man defence. 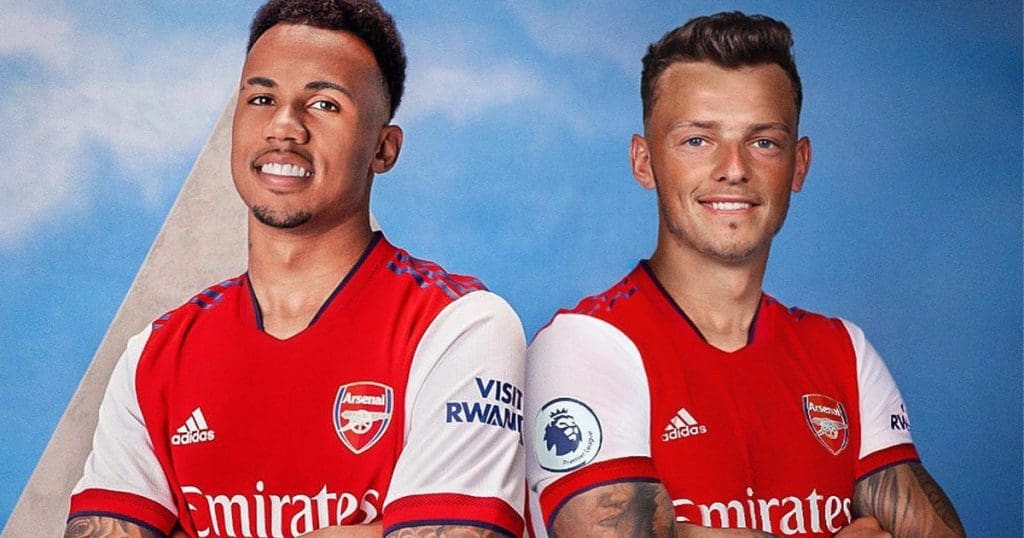 Role of the midfielders, defensive and attacking:

With Granit Xhaka suspended for the next three games in the league and Thomas Partey still injured, Mikel Arteta needs a solution to his midfield problems. There is no doubt that Mo Elneny is not good enough to be a first-team starter.

This means that the Spaniard will have to look for alternatives and it is high time that he tries something unconventional. Now, with regards to that, the Arsenal main-man can consider Martin Odegaard to make a small sacrifice for the team and start as a defensive midfielder at the base of the midfield.

As shown in the last couple of games, the Norwegian has an amazing range of passing and the vision to find other teammates quite easily. Keeping that in mind and also remembering that Granit Xhaka can’t defend too well either, the player can be played in that role. It will help him conserve energy and the skipper of the Norway national team is quite fit as well. 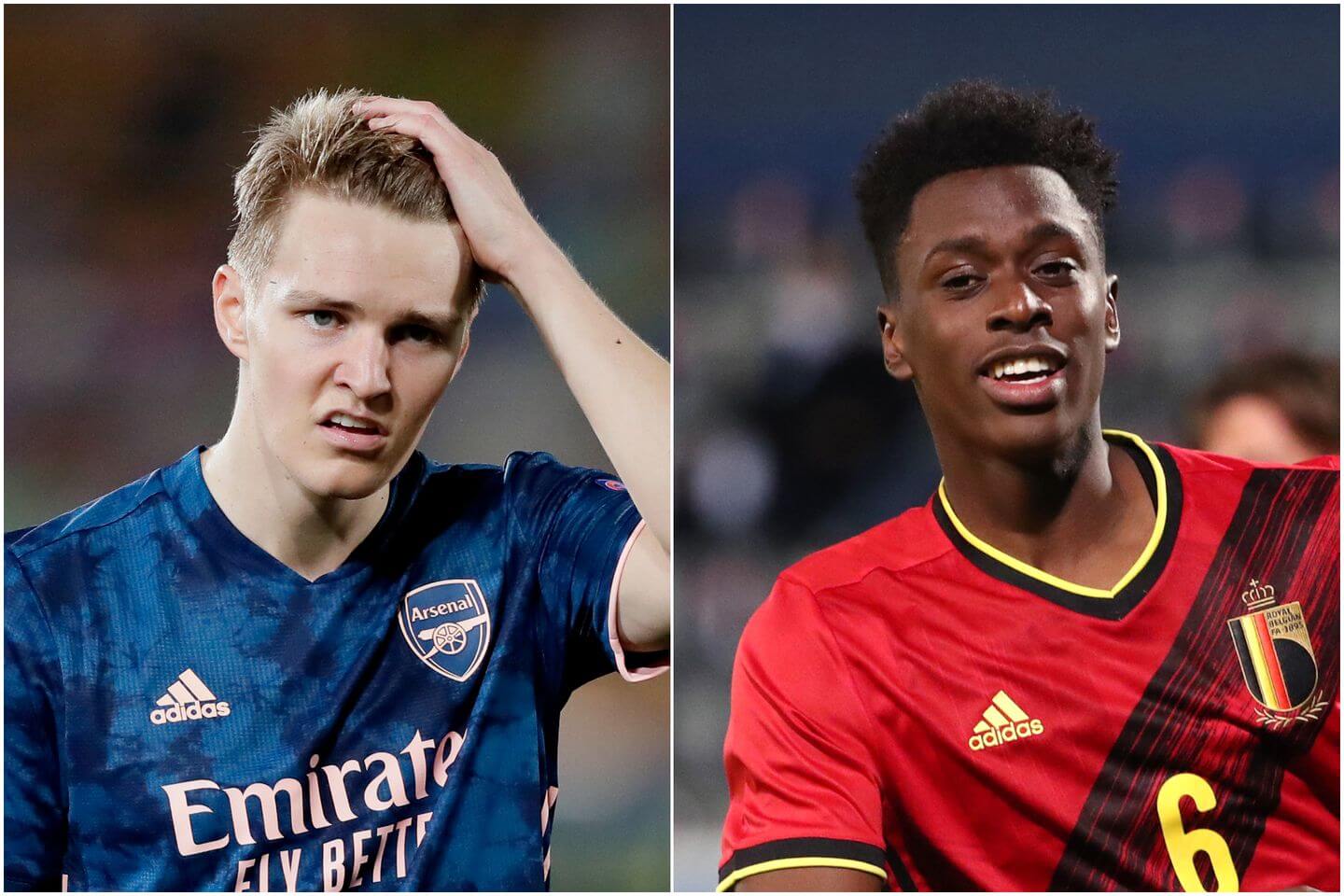 He has the physicality to bully other players around and that could be the thing that the team needs. Also, Odegaard can change the flanks at will. This will be a huge boost for the team. He is one player who looks at ease at times and can give teammates around him the confidence to do more.

To add to that, Mikel Arteta can bring back Albert Sambi Lokonga into the team and play him as a box-to-box midfielder. He is one of the best players in the team right now and he can surely make a major impact. All he needs is a player who can hold his position and find the teammates with ease.

Read More: Tottenham Get Rejected By Barcelona Once Again; As Catalan Giants Want Money For Sale To Happen

Further, in attacking midfield, in front of the double pivot, the combination of Nicholas Pepe, Emile Smith Rowe and Bukayo Saka (R-L) can be started. Pepe will play as an inward forward, as he has been doing for quite some time now. Smith Rowe can feature behind the striker and control the flow of the play. To add to that, Saka playing on the left will feature as a winger.

His traditional role on the right has been similar to Pepe’s. However, when he does that, he makes runs towards the centre with the ball and tries to play a one-two with the striker. With the role changed and his main job to be the feeder for the striker, that can give the centre-forward more mobility and freedom upfront.

Further, though Pepe will be still playing as an inward forward, he can shoot quite easily. So, his coming central creates another threat for the opposition. To add to that, Tavares being on his wing means that the right-back can make overlapping runs all day long, as his attacking side of the game is way stronger than his defensive, so far from what we have seen. 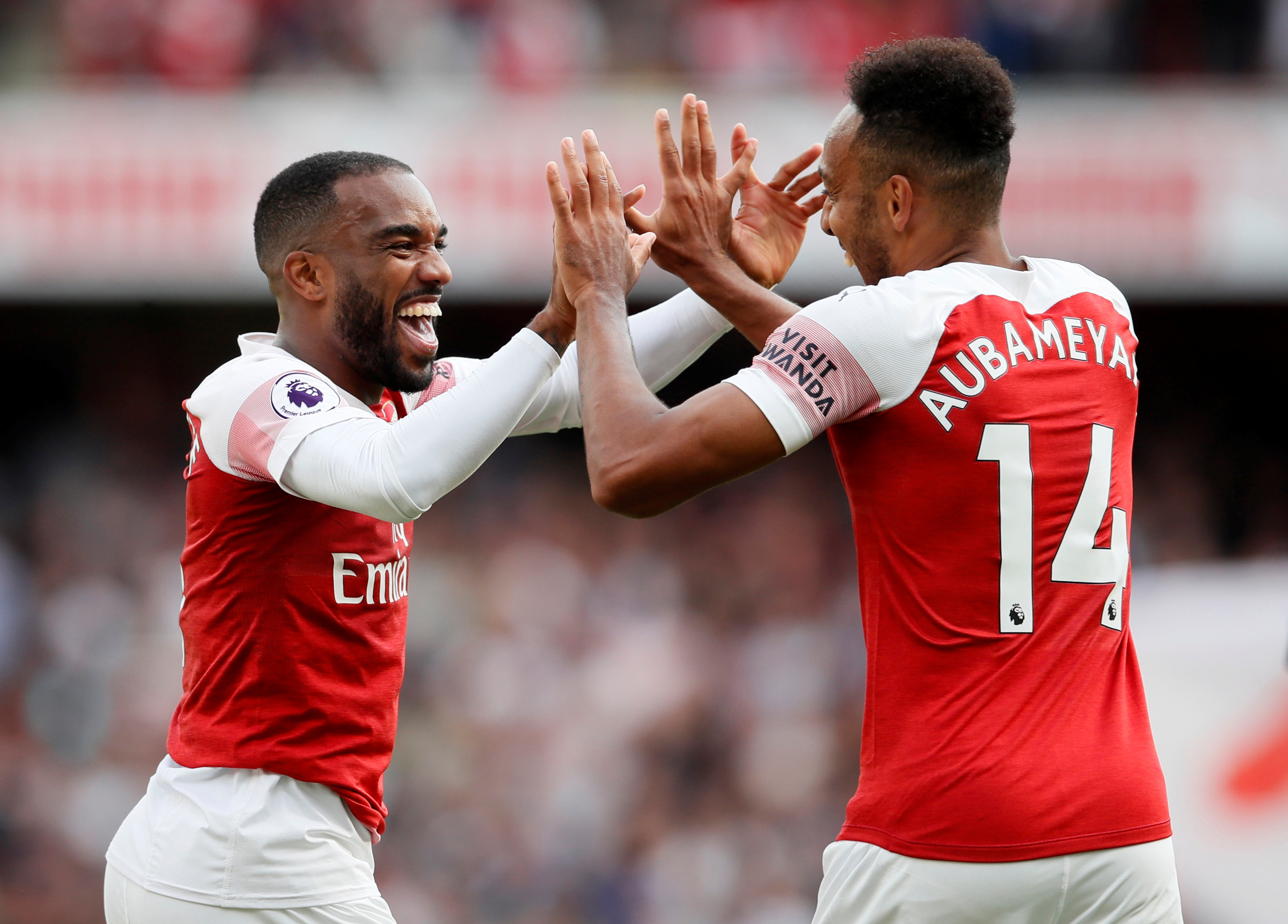 Role of the striker: Lacazette or Aubameyang

Since the team will be set up in the best way to give the centre-forward more freedom, the likes of Aubameyang and Lacazette will have the luxury to control their own movement. They will not necessarily have to link up with the midfielders as often as they would normally have to. On the other hand, Odegaard can trigger their runs too from deep midfield and set them off.

Now, Lacazette would be best suited for this role due to two reasons. One, because he is more physical than Aubameyang and can hold the play, which means the two players on the wings can feed off of him. On the other hand, he has a better presence in the box.

However, Aubameyang has a better finishing record, which makes him a strong candidate too. He can play a fox-in-the-box kind of role in this system as well. A combination of both could boost the team’s chances at creating more goalscoring opportunities and in turn mean more goals.

What do you think of this formation and system? Do you think it will work at Arsenal in the long run!?