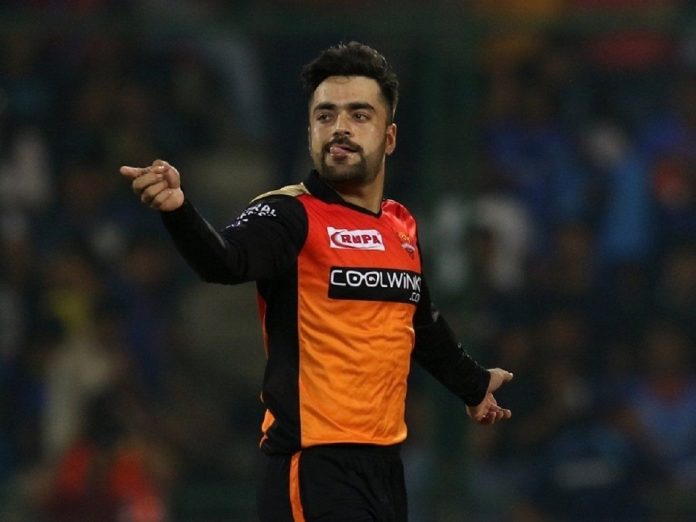 The T20 cricket season continues to amaze us and the fans are just happy that the game is back. The pandemic has been hard on every sport and the die-hards were missing watching their favourite sports on a weekly basis. However, that does not seem to be the case now, with the fans getting their money’s worth. Recently, Rashid Khan did something that put some of the cricket fans in nostalgia and reminded them of a legend that goes by the name, MS Dhoni.

Not the first time that the fans were reminded of the former Indian captain. He has been brilliant for the game. His contribution to cricket has been immortalized. His World Cup wins and ‘helicopter shots’, along with his electrifying wicketkeeping will never be forgotten. Also, Dhoni was tagged the best finisher in the game of cricket at one point in time.

Rashid Khan played a brilliant knock in the quarter-final of the T20 Blast/Vitality Blast. He won the Man Of The Match for his contribution with the bat. He scored 29* off nine balls to help his side win the match. It proved once again that he is a capable allrounder. That being said, the fans were put into nostalgic mode after watching one of his shots.

The Afghanistan cricketer hit a six in style, as the ball cleared the fence. It was done in brilliant fashion with him using the helicopter shot made famous by CSK skipper MS Dhoni. The wicketkeeper-batsman and former Indian skipper retired last year from international cricket. Despite that, the fans love him to date and follow his every move.

Well, the second phase of the IPL is just around the corner. It will be followed by the T20 World Cup. With Afghanistan’s participation in the international tournament confirmed after the political crisis, the team will be focused on doing well and making a name for themselves in the game of cricket.

They do have a strong side and Rashid Khan is one of the pillars of that side. He is a very capable allrounder and it is clear that he can make a serious contribution for his side. At any point in time, the player can be a gamechanger, not just with the ball but with the bat as well. That is something that he has proven a bit more in recent times. It could be a serious deciding factor when he makes his return for the IPL phase-2 in the UAE as well. The Sunrisers Hyderabad would be relying on his contribution to win games. That is if they want to win some crucial matches and make it to the playoffs of this season’s competition. However, for now, the player will just make all the cricket fans miss a legend of the game, MS Dhoni. Cheers to Rashid Khan!! What a knock!!