Arsenal Wants To Sign Caglar Soyuncu In January; Will A Deal Happen?

Arsenal is interested in signing Caglar Soyuncu from Leicester City in January, as Mikel Arteta looks for a more opportunistic reinforcement.

Arsenal is reportedly interested in Caglar Soyuncu, according to Transfer Market Web. They may make a bid for the central defender as early as January, the website claims. The Gunners have been keeping tabs on the defender for some time. A window of opportunity may open itself in January or next summer. But they will almost certainly face stiff competition. 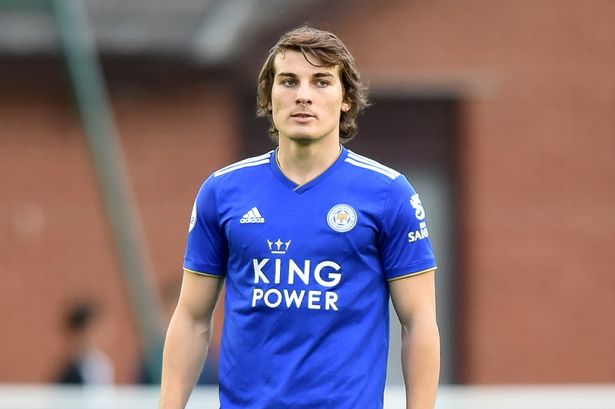 Soyuncu has been a bit wobbly, which may be attributed to the increased strain placed on the Turkish international

As a result of the many injuries to the Leicester defence this season, Soyuncu has been a bit wobbly, which may be attributed to the increased strain placed on the Turkish international. In the summer, he was the subject of attention from a number of other Premier League clubs, but the Foxes were able to keep hold of him. Real Madrid is one of the teams that continues to pique the public’s attention.

However, with fewer than two years remaining on his contract, there is a possibility that interest in him could increase next summer. Teams will seek to acquire him for a cheaper transfer price. It is possible that a larger club may make a solid offer to Soyuncu and Leicester City in January. This could result in the latter losing the Turkish defender on a free transfer the following summer.

Arsenal is planning a big-money bid for the central defender. It may happen as early as the January transfer window. The Gunners had been interested in the player for a long time. They investigated the possibility of signing him last summer. Ultimately, the north London giants decided against it. They did, however, end up signing Ben White from Brighton in a move for £50m.

A transfer for Soyuncu is very improbable at present

The Gunners have a stable backline in Ben White and Gabriel. Another promising youngster, William Saliba is likely to return to the club next summer after a loan spell with French club Marseille.

However, the club may opt to sell peripheral centre-backs Pablo Mari and Rob Holding. This would provide a place for a quality defender to enter the team. Even if Mikel Arteta would like to concentrate his attention on acquiring a midfielder and a striker in the next transfer windows, if the price is right, the club may contact Leicester City about a transfer.

A transfer for Soyuncu is very improbable. But if an equally good defensive player becomes available, Arsenal may reconsider their position on the matter. After putting in some impressive performances in the Premier League, the 25-year-old Turkey international may be persuaded to sign a contract with Arsenal.