What Mikel Arteta Got Wrong!! The performance of Arsenal against Brighton wasn’t the very best that the fans had seen. The Gunners had looked brilliant in the first half of the match against Spurs, which had urged a section of the fanbase to believe that they had finally found form in front of goal. Despite that, the level of performance against Graham Potter’s side was not up to the mark.

There were multiple reasons for why things did not go right for Arsenal, who managed to defend well once again and hold on to a draw. However, the fanbase was not really pleased with what they had seen. Things could have been different in the match if some of the things had been implemented differently.

3. Not Playing A 4-3-3 Or Odegaard Deeper In The Midfield

Brighton is a team that under Potter likes to spread the play while having possession of the ball and become a compact unit while defending with the opposition controlling the play. Also, they have a really high pressing and are quick to try and win the ball. Keeping these things in mind, Martin Odegaard, who was being played as a CAM by Mikel Arteta in his 4-2-3-1 formation, was being cramped out. 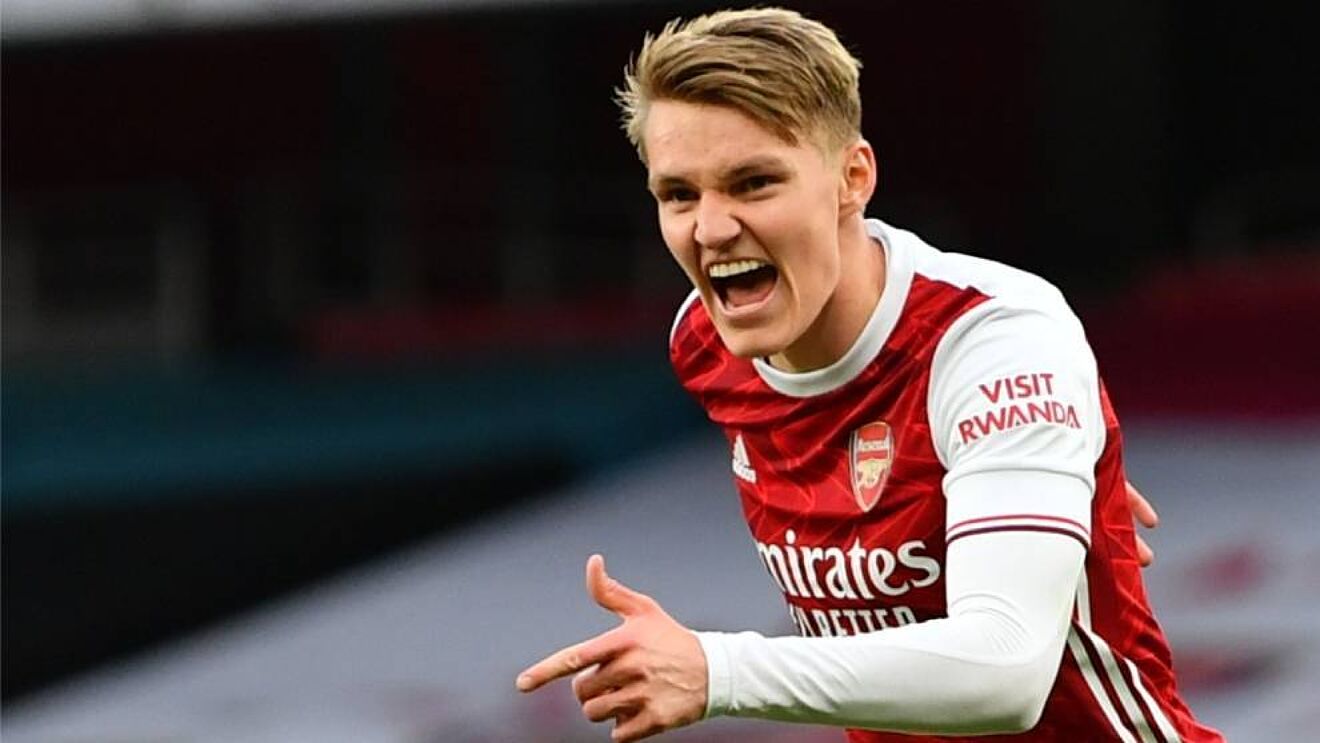 The Norwegian skipper was not being allowed enough time and space on the ball. This was causing problems for Arsenal and Mikel Arteta could not deal with this issue. Already, Brighton was causing problems by having three men outside the Arsenal box. It was a hindrance to their playing out from the back tactic.

This additional ploy of cramping Odegaard gave Brighton control. The former Real Madrid man should have been part of a 4-3-3 tactic, lying deeper and controlling play or should have been asked to do so in the same 4-2-3-1 formation, with Smith Rowe coming central and running freely like he loves to do. Isolating Odegaard did not work in Arsenal’s favour and it gave Potter the advantage over Mikel Arteta.

2. Mikel Arteta Asking Players To Play Short Passes Within The Compact Defence And Not Spreading The Play Wider

Brighton loves to hold a compact formation while defending, allowing minimal space in the centre of the pitch for the opposition players to exploit. As Arsenal loves to play quick and simple passing, they played right into their opponent’s hands. Mikel Arteta loves the quick and crisp passing but with the compactness of their rivals and the constant press, errors were a repeat. 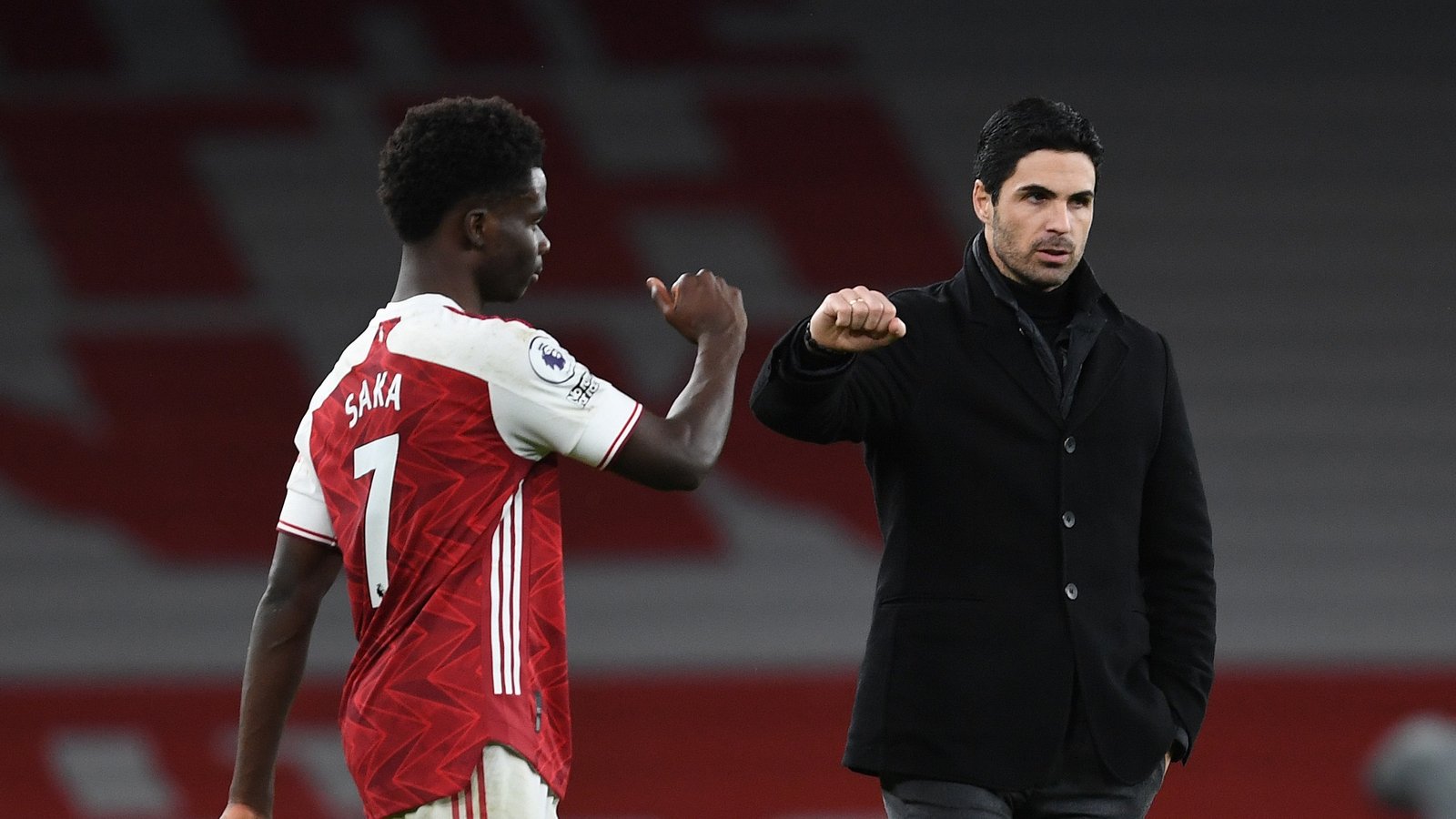 This did not help Arsenal sustain a fluid flow in the game and they kept losing possession. The players who are young and still naive tried their best to experiment and create. At times, there was a success, yet that was only possible when Smith Rowe or Saka held on to the ball and made darting runs. When they tried to pass it around and a version of the Tiki-Taka style or one-touch football, they failed to hold on to possession, handing Brighton the possession.

This reflected in the overall stats as well, as the home side ended up with 59% possession in the game. That too, after Mikel Arteta and co. had started off the game rather strongly.

1. Not Starting Lacazette Over Aubameyang Or Bringing Him On Early And Giving Him More Than Just 20 Minutes

Lacazette was brought into the game replacing Aubameyang, with just 20 minutes of time left in the match. As soon as the Frenchman came on, he made an instant impact. His hold-up play and ball retention was the one key factor that was missing for Arsenal. The Gunners needed a striker upfront, who would trouble the Brighton defence by pulling their centre-backs out of position, in order to help the wingers to make runs behind the defence.

That instantly was seen once Lacazette got into the mix. He immediately started falling deep and pulling the CBs out of the box. This helped the likes of Saka, Smith Rowe and Pepe to try and exploit the vacant spaces. Arsenal even nearly scored at one point, if not for the end product.

With that being said, Mikel Arteta should have either started Lacazette or brought him on sooner. Neither happened and the end result was a draw, after a lacklustre performance. Ideally, this error is not repeated for the upcoming games, as Aubameyang still looks like a liability (barring the Spurs game). Lacazette deserves his chances with some crucial fixtures coming up, irrespective of the contract situation!!