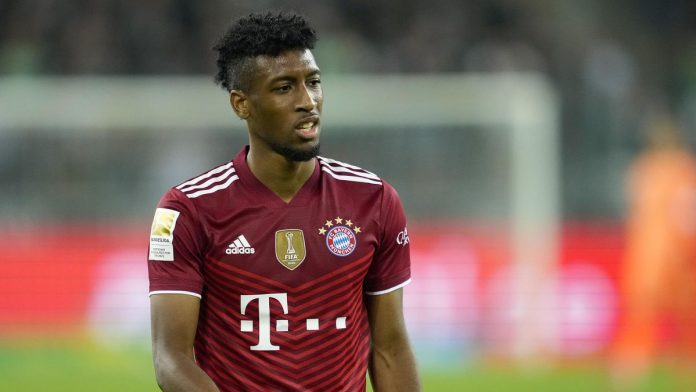 Chelsea has allegedly joined the race to sign Kingsley Coman, who is also a target for Barcelona. Coman is a contract rebel for Bayern Munich and is a target for both clubs.

According to a report published by the German daily Sport Bild, the battle to recruit Kingsley Coman is becoming more competitive with each passing day. A number of teams, including Chelsea and Barcelona, have shown an interest in signing the Bayern Munich contract rebel.

After leaving Juventus in the summer of 2015, Kingsley Coman joined Bayern Munich, where he has since established himself as a crucial player for the Bavarians. Initially, Bayern recruited the French winger on a two-year loan before converting the arrangement into a permanent one two years later, and the Bundesliga giants would not have been disappointed with their choice.

The French international has played 210 games for Bayern Munich, scoring 43 goals and providing 51 assists in the process. Nonetheless, with the 25-year-old entering the last year of his contract with the club, the German champions are in a difficult situation about his long-term future. Chelsea and Barcelona have both shown an interest in such a circumstance as this.

Kingsley Coman is a player that Chelsea has had a long-standing interest in and have been connected with for quite some time. It also makes sense that the club is anxious to recruit the Frenchman, despite the fact that Thomas Tuchel already has a well-stocked offensive squad at his disposal.

Atletico Madrid has lately been linked with a transfer for Hakim Ziyech, and there has also been some conjecture over the future of Timo Werner’s contract. With that in mind, Coman seems to be a plausible target for Chelsea, who is currently fighting Barcelona for the signature of the Bayern Munich contract rebel.

Newly appointed Barcelona manager Xavi has shown an interest in bringing Coman to Camp Nou, according to recent sources. And, as a result of Ousmane Dembele’s latest setback, the necessity for a wide attacker has become even more pressing, hence requiring the signing of someone such as Coman.

Bayern Munich, on the other hand, is hoping to hold down Coman to a new deal, albeit they have so far been unsuccessful in their efforts. With his future becoming more unknown, it remains to be seen if either Chelsea or Barcelona will be able to capture his services on a Bosman transfer or whether they will make their move during the January transfer window.

Kingsley Junior Coman is a French professional footballer who plays as a winger for the Bundesliga club Bayern Munich.

Coman began his career IN Paris Saint-Germain before joining Juventus in 2014 after his contract with the French club expired. In his debut season in Italy, Coman won the Serie A and the Coppa Italia. In August 2015, he joined Bayern Munich on loan for a year before joining them permanently. He went on to win six Bundesliga championships, three DFB-Pokal wins, four DFL-Supercup trophies, and the 2020 UEFA Super Cup. He won the 2019–20 UEFA Champions League by scoring the lone goal in the final against his old club Paris Saint-Germain, which gave him his first major trophy in three years.

Coman played for France’s young teams from the under-16 to the under-21 levels, earning 39 caps and scoring 11 goals. He made his senior squad debut in November 2015 and has since gone on to represent his country in UEFA Euro 2016, where they reached the final, as well as Euro 2020. In addition, he is renowned for having won a league championship in each and every season since he began his professional football career.