Barcelona And Arsenal In Pursuit Of Mason Greenwood 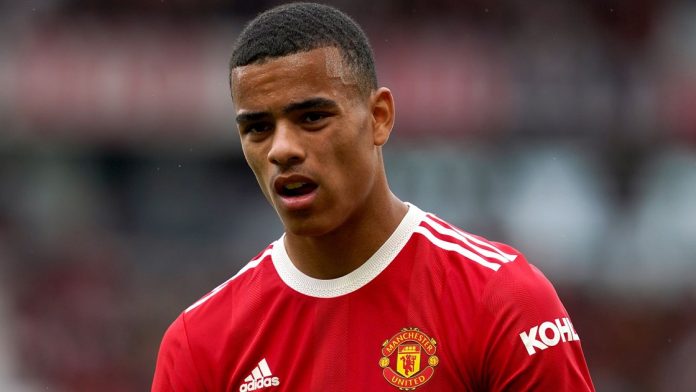 Mason Greenwood, the Manchester United forward who is dissatisfied with his current situation, is supposedly being courted by Barcelona and Arsenal.

Mason Greenwood is dissatisfied at Manchester United, according to a report by the Catalan newspaper El Nacional, since manager Ralf Rangnick is unwilling to use him regularly. Several clubs, including Arsenal and Barcelona, are interested in signing the England international, with Juventus also keeping an eye on his position.

Man United academy product Mason Greenwood is one of the most promising young players to emerge from the club’s ranks in the previous ten years. Ole Gunnar Solskjaer gave the English attacker his first-team debut a few years back, and he has grown much since then, given that he was under the Norwegian tactician’s supervision.

Greenwood is not featuring the starting XI now

In the months after Solskjaer’s departure, Greenwood has failed to establish himself as a regular, despite scoring in the most recent UEFA Champions League match against BSC Young Boys. Several teams, including Arsenal and Barcelona, have shown an interest in his predicament as a result of his circumstances.

The acquisition of Anthony Martial, another Manchester United attacker, has piqued the interest of Arsenal and Barcelona. El Nacional, on the other hand, claims that both clubs would prefer to sign Greenwood if he becomes available in the transfer market, with Xavi Hernandez, in particular, fueling Barcelona’s pursuit of the Englishman if he becomes available in the market.

The interest shown by Arsenal is understandable, given the fact that Pierre-Emerick Aubameyang’s future has been cast into serious question after his removal from the club captain’s role. Due to the likely departures of Alexandre Lacazette and Eddie Nketiah from Arsenal in the summer, the Gunners’ need for a new striker has been heightened.

Barcelona, on the other hand, will be in the market for a striker in the January transfer window, since Sergio Aguero has announced the end of his professional career owing to a heart condition that has caused him to retire from football. With Martin Braithwaite as a backup option at best and Luuk de Jong failing to make an impression, the Catalan giants must recruit a new striker to bolster their attacking options.

At the same time, Barcelona has surfaced as a potential destination for Aubameyang, although Greenwood would be a more long-term option for them. When it comes to luring the Manchester United front, the Blaugrana and Arsenal are up against heavy competition from Juventus. The attacker is dissatisfied with his current situation at Old Trafford.

The rumour, on the other hand, is strange, given that Greenwood is just 20 years old and has already made over 100 appearances for Manchester United in his career. However, it remains to be seen if Arsenal, Barcelona, or Juventus would put pressure on the Red Devils’ resolve by making a bid for him soon.