Arsenal News: Club Plans Ahead Of The Summer Transfer Window 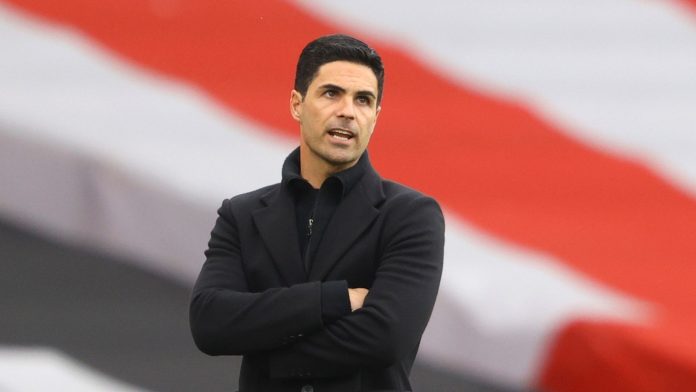 Arsenal News: Arsenal is keeping an eye on Armando Broja ahead of the summer transfer window after failing to sign any of their January transfer targets, according to Football.London’s source. Although Arsenal attempted to sign Dusan Vlahovic, they were unable to complete a deal for him. He eventually signed for Italian giants Juventus after the January transfer season,

Aubameyang departed the club by mutual agreement, while Alexandre Lacazette and Eddie Nketiah were the focus of rumours since their contracts were set to expire in the summer. Broja, a 20-year-old midfielder who joined Southampton on loan from Chelsea this season, has made an impression.

Arsenal manager Mikel Arteta is a big fan of his work for Southampton. He has seven goals in all competitions for them this season. A new striker, central midfielder, and right back are all on Arsenal’s wishlist as they aim to strengthen their squad in the summer transfer window.

Meanwhile, Gabriel Martinelli has been practising as a No.9 in training sessions at London Colney as the debate over the Brazilian’s long-term future position remains. The 20-year-old has made 21 appearances for Arsenal so far this season, scoring seven goals and making seven assists. He recently confessed that he would want to wear the now-vacant No.14 jersey, which was made famous by Arsenal star Thierry Henry.

The Jack Wilshere Story And The Latest Arsenal News That Followed

According to Jack Wilshere, in a recent interview with Arsenal’s official website, “Martinelli is the player I truly adore. I believe he is going to be the best in the world. In addition, I believe that what the management has done with him has been brilliant as well. In the beginning, he was training, coming on and not playing much but training really well. I remember thinking to myself, He is going to get a chance here. He finally did get a chance and he has done an outstanding job.”

Martinelli joined Arsenal from Ituano in 2019. He has quickly established himself as an important member of Arteta’s squad this season. Arsenal supporters have continued to raise concerns over Premier League officiating. This was when Craig Pawson decided not to dismiss Newcastle United’s Joelinton during their match against Aston Villa on Sunday.

The north Londoners have been shown four yellow cards in their previous six games. The most recent coming during Thursday night’s 1-0 win away to Wolves in the Premier League. For two fouls committed in the same sequence of play, Brazilian forward Gabriel Martinelli was given two yellow cards. This was a decision that left Arsenal manager Mikel Arteta perplexed.

“That is something I have never seen before,” the Spaniard stated after the game. “Have lived in this nation for 18 years. Never seen anything quite like that. We made things much more difficult for ourselves by fielding a team of ten guys. In the closing ten minutes, we were put through a lot. Have never seen anything quite like that before,” Arteta stated.