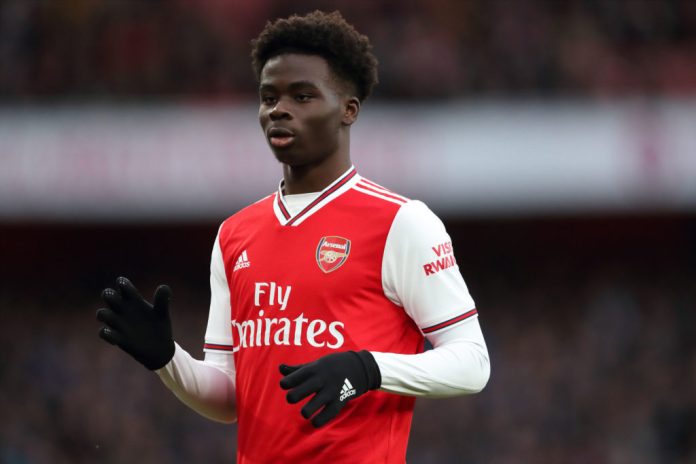 Arsenal emerged victorious against Manchester united in a clash that has given their chances of qualifying for the Champions League a massive boost. Goals from Nuno Tavares, Bukayo Saka and Granit Xhaka ensured that the Gunners remain in pole position to secure Champions League football.

It sees them climb to the 4th spot ahead of Spurs who play Brentford later. However, this victory has come at a cost, with one of the ey payers in this victory being withdrawn due to injury.

The Story Involving The Arsenal Attacker

Star winger Bukayo Saka, who scored the second of the three goals with a calmly spotted penalty, had to be withdrawn from the game. This was around the 74th minute after complaining of a thigh problem.
In fact, he was considered to be a major doubt for this fixture after suffering a knock during training. But he was consistent that he wanted to play no matter what. The Saka injury update was rather positive going into this game. Though things could now be a problem for the Englishman. 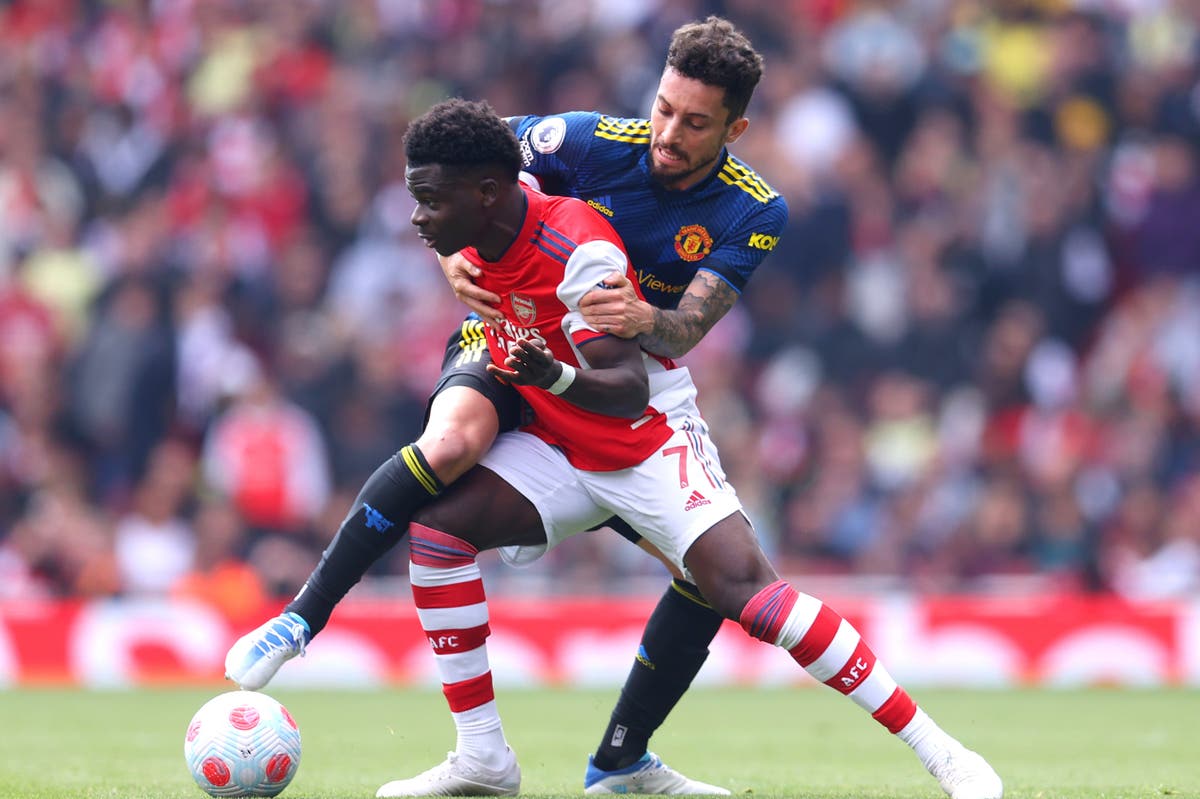 What Was The Update Given By Manager Mikel Arteta On The Problem To Saka?

Saka starred in this game, being a constant thorn in the side of the United defence. He was constantly tormenting them with his thinking runs and his drop of the shoulder. Due to his dribbling, he was constantly targeted by the United defenders. They resorted to getting him with sly kicks and with the referees being lenient about it, let the game flow without any stoppages or reprimands.
In his press conference, manager Mikel Arteta said that Saka was one of the four to five players who started this game with some type of knock or the other. The other players as per the manager were Ben White, Granit Xhaka and Eddie Nketiah. With the Gunners facing a tough game against West Ham next, they will hope that the said players will recover in time for the fixture.
“Bukayo was struggling even the first half of the match. Despite that, he really wanted to do it and play in the game. He had a big knock the other night and as soon as this he was struggling. So let us see how he is,” Mikel Arteta told reporters post the Manchester United game, as the fans were concerned about the Saka injury update.

Saka Injury Update: What Next For The Gunners Ahead Of The Match Against West Ham?

Arsenal fans will be tense at present with the Saka injury update. They have the likes of Martinelli, Pepe and Alexandre Lacazette to step up and get added to the first team. Despite that, none of these players can really make the impact that Saka has made this season.
With that being said, it will be interesting to see how things develop ahead of the West Ham game. There is still time and The Hammers do play in mid-week as well. They will be suffering a lot of exertion in their match in the Europa League. Thankfully, the injury to Saka is more of a knock than a strain. So, he should be fit for the West Ham match.
Share
Facebook
Twitter
Pinterest
WhatsApp
Previous articleRCB vs RR Live Update: Daniel Vettori Reveals What Kohli Needs To Do To Solve His Problems
Next articleLatest Arsenal News: Piers Morgan Wants Arsenal To Sign 3 Players