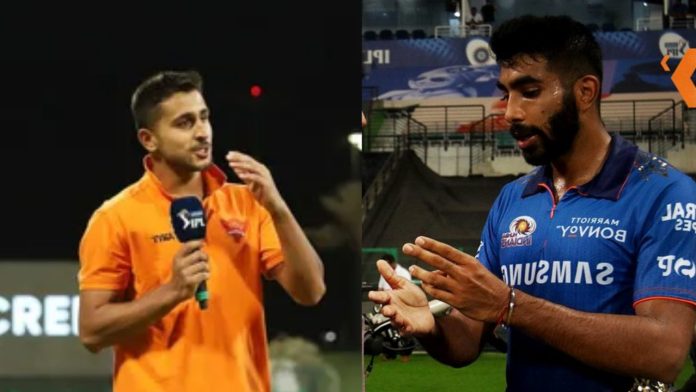 IND vs SA Live Update: India’s newest bowling sensation, Umran Malik, who has dominated headlines with his searing pace throughout IPL 2022, earned his first call-up to the Indian team on Sunday (May 22). The selection committee for the upcoming Twenty20 International home series against South Africa named an eighteen-member squad. The series is scheduled to take place in India. If Malik is successful in making his debut for India during the five-match series, he would follow in the footsteps of the seasoned all-rounder Parvez Rasool as the second player from Jammu and Kashmir (J&K) to wear the India Blue uniform.

Malik’s meteoric journey to prominence has been nothing short of a Cinderella story. The son of a fruit vendor, this 22-year-old batsman was nearly overlooked when he tried out for the SunRisers Hyderabad (SRH) side. He began his career with the Orange Army as a bowler in the practice nets. He was eventually pulled into their main team as a substitute for left-arm pacer T Natarajan. Nattu was unable to participate in the second leg of the Indian Premier League 2021 due to COVID-19.

The pacer only got to play three matches during the previous season. But, the SRH think tank was impressed by his stunning speed. So, they opted to keep him for a price of Rs 4 crore ahead of the major auction. This year, the speedster was trusted with a consistent berth in the playing XI by SRH. He responded by taking 22 wickets in 14 matches at an average of 15.29. We agree that his economy rate of 9.03 could be far lower. But, he is still a work in progress who has the potential to become the X-factor for any squad.

IND vs SA Live Update: What did Rasool say about Umran Malik?

Malik’s extraordinary performance in the Indian Premier League 2022 included his first T20 five-wicket haul (5/25) against Gujarat Titans (GT). He also has the record of the 157 kmph delivery clocked against Delhi Capitals (DC). This delivery came very close to breaking Shaun Tait’s 11-year-old record for the fastest ball ever bowled in the IPL. It was 157.71 kmph. Malik’s performance was one of the highlights of Malik’s In a single season in the prestigious league. He won the prize for “fastest delivery of the match” a record fourteen times in a row. Thus, cementing his place in the annals of sports history.

Rasool is certain that SRH’s newest star would learn a great deal from veteran bowlers like Mohammad Shami and Jasprit Bumrah. Recent remarks made by the former J & K skipper may be found in an exclusive interview with Sportskeeda.

“I believe that the guidance that Bumrah and Shami for Umran will be extremely crucial. They have a lot of experience bowling abroad. Particularly in the Southeast Asian nations. They have won a lot of matches for India. In particular, SENA countries. Umran’s bowling will improve in direct proportion to the amount of time he spends in the company of such upbeat and optimistic individuals,” Rasool said.

The question of whether Malik should be held back for the Tests or played in all three versions of the game has been a significant source of debate. The youngster, who was born in Srinagar, has received praise from several illustrious individuals. These include Sunil Gavaskar, Ravi Shastri, Sourav Ganguly, Virender Sehwag, Chaminda Vaas, Glenn McGrath, and Dale Steyn. These individuals believe that the Srinagar native will have a long career of service to Indian cricket. For example, in an exclusive interview, Steyn accurately anticipated that the kid would soon play for India.

However, since pacers like Malik run so quickly, injuries have been an ongoing problem. Players of the caliber of Waqar Younis, Shoaib Akhtar, Shane Bond, and Shaun Tait had many injuries, which had a negative influence on their ability to perform reliably at the international level. Rasool is astounded by the rapid ascent of the speedster. He thinks that the latter should be given a shot in all three forms of the game.

“I believe Umran is prepared to excel in each of the available formats. Since he is now performing at a high level, it is recommended that he catch the aircraft to Australia to compete in the Twenty20 World Cup if he has a successful game against South Africa,” Rasool said.

When challenged about Malik’s ability to effectively manage his workload, the 33-year-old responded by suggesting that he focus on completing one series at a time.

In a related development, Malik was chosen to serve as a net bowler for the Men in Blue during their campaign for the T20 World Cup in the UAE the previous year. Additionally, he was a member of the Indian A team that went to South Africa in the month of November to compete in three unofficial test matches. He only participated in the very first four-day match that was played at Bloemfontein. But he bowled 21 overs and took one wicket.

Arshdeep Singh, a left-arm seamer for Punjab, also earned his first call-up to the national team. He dazzled everyone with his precise yorkers and economical death bowling in this year’s Indian Premier League. This call-up came at the same time as Malik’s. The first match of the series will take place on June 9 in Delhi between the Indian team captained by KL Rahul and the Proteas. The next four matches will take place in Cuttack (June 12), Visakhapatnam (June 14), Rajkot (June 17), and Bengaluru (June 19).