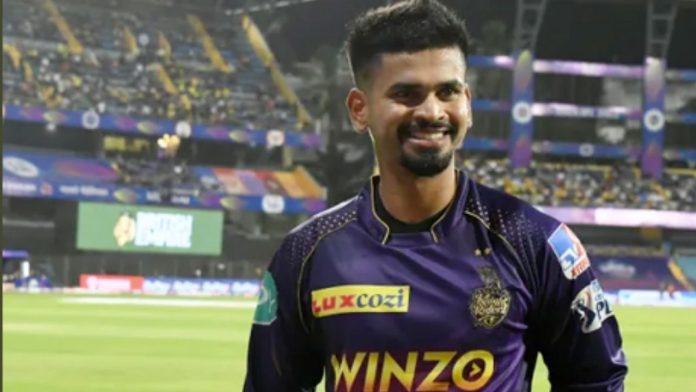 KKR vs MI IPL 2022: Shreyas Iyer, the captain of the Kolkata Knight Riders (KKR), encouraged his colleagues to be proud of their overwhelming performance against the Mumbai Indians (MI) in the ongoing Indian Premier League (IPL 2022 )

A 52-run victory against the five-time winners at the DY Patil Stadium yesterday gave the side a unique chance to complete a rare double over them.

KKR held on to their objective of 166 runs to keep their hopes of securing a playoff berth alive. Despite a promising start, the franchise’s tournament campaign was wrecked by a five-game losing streak halfway through the competition.

What did Shreyas Iyer say after the game? Shreyas Iyer addressed his teammates in the locker room. He encouraged them to attempt to replicate their clinical performance.

“We outplayed them in all three areas. As a result, we should feel pleased with ourselves. Consider what we did very well today and allow it to sink into your subconscious so that we may keep repeating this process over and again,” Iyer said.

In the aftermath of making five changes to his starting lineup, Shreyas Iyer has more or less returned to his original starting lineup. As of yet, KKR has been unable to put together their most balanced lineup. Injuries have compounded the situation.

Iyer went on to explain the significance of the players who stood on the team’s sidelines and supported them.

“The attitude and character of every player on the field, as well as those who were sitting outside, coming in, and passing on the message after every wicket, is what I want to point out,” Iyer added.

“When Finchy (Aaron Finch), Sam (Billings), and Anukul (Roy) arrived, they immediately began to encourage the bowlers. They were even standing on the boundary line and conversing with them. All of these little details have a significant influence on the outcome of such matches. It was a convincing victory,” Iyer said.

KKR is now in the seventh position in the points standings after accumulating 10 points from 12 games.

Shreyas Iyer guided his men to perfection. They successfully defended a challenging score after a batting meltdown in the first innings. Thus they turned around their fortunes after a string of losses.

KKR struck at frequent intervals during the run chase. MI never seemed to be in control.

Following the conclusion of the match, team mentor David Hussey congratulated the KKR captain on his leadership qualities in the changing room after the play. According to the former Australian batter:

“I thought your leadership tonight was outstanding. You didn’t skip a beat and made all of the necessary bowling adjustments. The field placements that you made were outstanding. That went a long way toward allowing us to bowl them out for just over 100 runs. As a result, you should feel really pleased with yourself tonight.”

With victories against the Sunrisers Hyderabad (SRH) and the Lucknow Super Giants (LSG) on the horizon, the 27-year-old will need to keep his team in contention for a top-four finish.