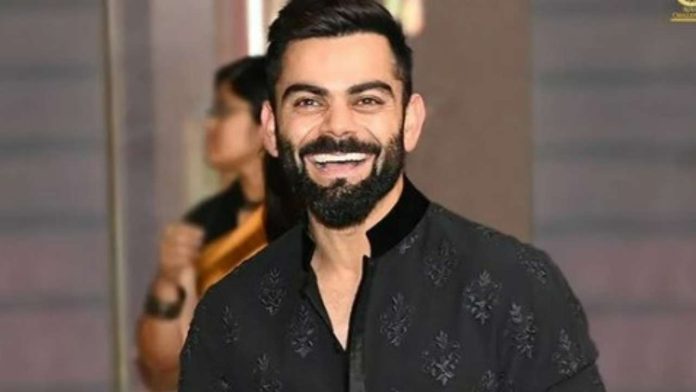 KPL 2022: The Kashmir Premier League (KPL), of which the first-ever edition was played in 2021, will publicly extend an invitation to the former captain of the Indian cricket team, Virat Kohli, to take part in the league’s second season. It has been verified by Arif Malik, the president of the KPL, that the league has chosen to invite Virat Kohli. Malik further said that “it’s a message of peace from our side.”

“[Mohammad] Rizwan sent an upbeat and encouraging message when he said that cricket should take precedence above anything else. As a result, a letter of invitation will be sent to Virat Kohli. Thus, encouraging him to participate in the league or at the very least come to see one of the matches. It’s a message of peace from our side. Now it is up to him, whether he accepts it or not. We are prepared to play host to other Indian players as well. We believe that sports are the only common ground that can be established between the two nations.” Malik said. This comes after former Pakistan captain Rashid Latif, who is now serving as the Director of Cricket Operations for the KPL, stated that the league must send invitations to cricket boards around the world and must also invite Kohli to join the league. It remains to be seen whether or not Kohli would accept such an offer. It is considering the historically tense tensions that have existed between India and Pakistan.

What did Rashid Latif say?

When speaking to Dawn News, Latif said, “We should issue an invitation [to Virat Kohli]. But the choice to participate belongs to the player. It’s a good idea to take the lead on something like this. I also suggested to [Najam] Sethi that invites to the Pakistan Super League be sent to all of the cricket bodies, including the BCCI. If we are fortunate enough to acquire sufficient resources, we will make every effort to put those resources to productive use by hosting a competitive tournament. We want everyone from within and outside of Pakistan to have a good time watching the league.”

It was reported that the Board of Control for Cricket in India (BCCI) warned other cricket boards as well as foreign players not to take part in the league. They would not be allowed entry into India. They would not be also allowed to work in any capacity with Indian cricket. This caused the league to have its fair share of controversy.

Later, the former South African player Herschelle Gibbs made the allegation that the BCCI is exerting undue influence on him to prevent his participation in the league. Along these same lines, former England spinner Monty Panesar announced his intention to withdraw from the league through Twitter. He cited “the political tensions between India and Pakistan over Kashmir concerns” as the reason for his withdrawal.

The PCB is hopeful for the success for KPL 2022

The Pakistan Cricket Board (PCB) was in charge of organizing the six-team tournament. It was played for the very first time in 2021. Rawalakot Hawks came out on top to claim the championship for this event. The beginning of the second season of the league, which will include the addition of two more clubs, is scheduled for the first of August. The championship game is scheduled to take place on August 14. There is a good chance that the event’s draft will take place in June.

During this time, Malik had full faith that the next season would be a smashing success. “Just like the first season, the second season will also be wonderful entertainment for all of you passionate fans out there. are quite excited about this. I am aware that the situation wasn’t perfect the year before. But I can assure you that things will get better as time goes on,” Malik added.

Share
Facebook
Twitter
Pinterest
WhatsApp
Previous articleLatest Update Comes Out Regarding The Contract Extension Discussions Of Pablo Gavi
Next articleRanji Trophy 2021-22: Wriddhiman Saha And Mohammed Shami Back In The Bengal Squad For The Quarterfinal