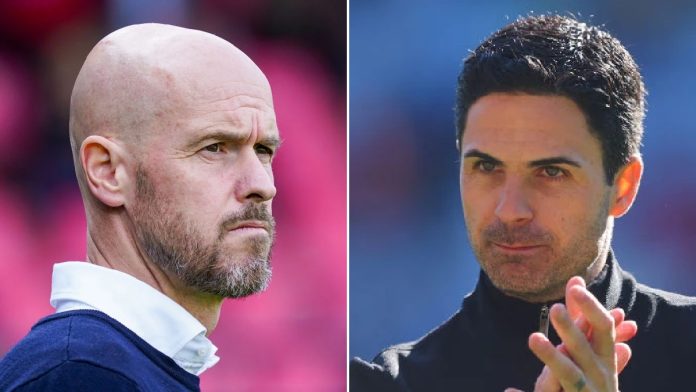 In the opinion of Gianluca Di Marzio, the Brazilian centre-back might be a viable alternative for Manchester United in the summer transfer window. A journalist from Italy informed Wett Freunde that Juventus might use Arthur in a swap deal with Manchester United. Both of them are showing interest in the Brazilian:

“The sale of players like Arthur, who may potentially join Arsenal, would be the first step. They wanted him as soon as possible, maybe as soon as January, and possibly as soon as next summer. Currently, there is debate regarding a possible deal with Gabriel. He may be a target for Juve’s defensive unit. Juventus or Manchester United might be showing interest in signing him.”

At the time of his signing, Gabriel had been linked with moves to Manchester United and Everton. He signed with Arsenal for £23 million in 2020 after leaving Lille.

Since then, he has developed into a vital member of Arsenal manager Mikel Arteta’s defensive unit. Thus, forming an amazing relationship with Ben White in the process. Since joining the Gunners, Gabriel has made 66 appearances. He has scored seven goals and assisted on one other.

Latest Arsenal News: United and Juventus are not the only clubs showing interest in Arsenal defender Gabriel Magalhaes

The Brazilian’s impressive performances have prompted not just the likes of Juventus and Manchester United to keep an eye on his development, but also La Liga heavyweights Barcelona. Blaugrana is a major admirer of the 23-year-old. He would be showing interest in a transfer if the La Liga giants’ interest becomes serious.

Arsenal’s asking price for the defender, according to SPORT (via TBRFootball), might be approximately £33.3 million. The sum, on the other hand, is supposedly too much for Barcelona, but not for Manchester United. This summer, new manager Erik ten Hag might be handed a transfer war chest of between £100-£150 million to help him rebuild his team (per ESPN).

According to Rudy Galetti, the Red Devils have had connection with a move for Ajax defender Jurrien Timber. He now plays for Ajax under manager Erik Ten Hag. Aside from that, they’ve been connected with Villarreal defender Pau Torres. He has been on the club’s radar for some years now. Timber is valued at £27 million on Transfermarkt, whereas Torres is valued at £45 million.

Harry Maguire has had a rough season. So, United’s left-hand side of their defense may need some tweaking. Performances by the Manchester United captain have been bad throughout the season. His spot in the starting XI might be in jeopardy.

Many would have written off the top four as out of reach even before the season got underway, much alone three games into the season. When we take into account Arsenal’s present elevated position in connection with both the slew of injuries experienced in recent matches and the parts of the field that still need attention, being in contention at this point is no small accomplishment.

Moreover, persistent knocks and niggles have forced the manager to call on his limited reserves on numerous occasions this season. Almost the entire backline requires substitution at some point. Eddie Nketiah and Mohamed Elneny, who had each played in just one Premier League game before the Southampton game, are now regulars in the side. They have played a crucial role in the club’s resurgent European push.