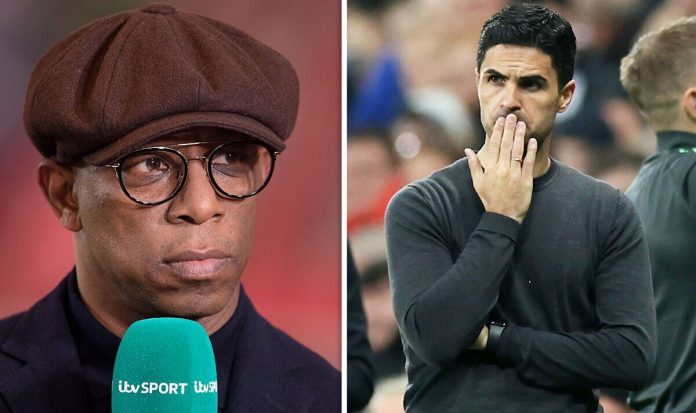 Latest Arsenal News: Yesterday’s terrible loss to Newcastle United, by a score of 2-0, dealt a devastating blow to Arsenal’s chances of qualifying for the Champions League for the next season.

As a result of the defeat, former Gunners striker Ian Wright has said that Mikel Arteta’s players are to blame for their own collapse since they allowed themselves to be outplayed.

After giving up their fourth place to Tottenham Hotspur on Thursday, Arsenal knew going into their match at St. James’ Park that they absolutely needed a win to go back into the top four of the league.

However, the Gunners were unable to perform to their potential while facing the Magpies. As a result, they were punished for it.

The players led by Mikel Arteta got off to a sluggish start to the game. They were fortunate not to let up a goal in the first half of the play.

Unfortunately, what was certain to happen did occur soon after the game was restarted, as Newcastle took the lead thanks to an own goal scored by Ben White. Another disappointing performance for the Gunners was capped off with a goal scored by Bruno Guimaraes in the last moments of the game.

What did Ian Wright say?

Ian Wright was dissatisfied with the outcome, particularly with the opening goal, which, according to him, might have been prevented. According to Premier League Productions (quoted in The Metro), he stated:

“When you look at the first goal, you’ll see that it came from our throw-in. We are aiming for the top four. Some of our guys are now attempting foul shots. It’s a throw in the penalty box! You start to wonder aloud, “What on earth are you doing?” Off the back of that, once it gets out to Cedric, you can’t allow Saint-Maximin to go outside of you so easily. Instead, you should cut the line off, show him inside, and bam, they’re right into us. It’s a beautiful cross. But on the other hand, it was something that might have been easily prevented.”

The Englishman went on to assert that the players for Mikel Arteta are the ones responsible for their own failings and said that for them to be considered among the league’s best, they need to show greater determination.

“When you’re trying to get fourth place, you have to be more determined than that. You can’t afford to make errors like that. Although it is an own goal, we have been the ones responsible for our own demise. Our performance has been atrocious.”

Latest Arsenal News: What does the future hold for Arsenal?

There is still a remote possibility that Arsenal may play in the Champions League the following year, even though doing so would be a Herculean job.

Their only chance of getting to the top 4 will be to claim victory against Everton this next weekend and then cross their fingers and hope that Tottenham gets upset by Norwich.

The Gunners now have 66 points after 37 matches. It places them in fifth place in the Premier League standings. This puts them two points behind Spurs, who are currently in fourth place in the rankings.