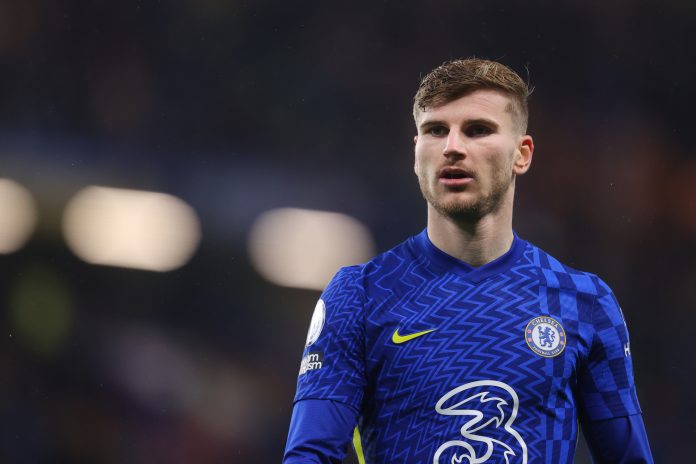 Latest Chelsea News: Tony Cascarino, a former striker for Chelsea, has expressed his desire for big changes to be made at Stamford Bridge this summer, with a main focus on the front line. He thinks the sale of Timo Werner should happen. Lautaro Martinez, a striker for Inter Milan, should take his position.

The team managed by Thomas Tuchel has a busy summer ahead of them. The primary focus is on defenders. It has been announced that Antonio Rudiger and Andreas Christensen would be departing the club on free transfers. It is possible that Marcos Alonso and Cesar Azpilicueta could do the same (via TeamTalk).

What did Cascarino say?

On the other hand, Cascarino believes that the strike force ought to be the primary focus. In the column that he wrote for The Times, he asserted that the Blues would not be able to win the Premier League with the attackers they currently have and wrote:

“If Chelsea can not improve their finishing, they will not be able to win the league. The offensive players that they now have are top talents in many respects. But they do not have a clinical striker. The FA Cup final match against Liverpool demonstrated once again that they need an excessive number of opportunities to score. This was the case on Saturday when they were unable to strike. This is not the way it should be at a club like Chelsea, considering Mason Mount is now their highest scorer in the league this season.”

Werner has only scored four goals in 21 league games this season. Romelu Lukaku has scored eight goals in 25 league outings.

Cascarino wants Martinez to go to Chelsea from Inter. He wants Lukaku to return to the San Siro club on loan. Martinez has played in all 34 of the league’s games this season. He has 21 goals and three assists to his name.

He added with regards to the latest Chelsea news:

“I really like the youngster Lautaro Martinez who plays for Inter. Therefore, I would advise that they allow the Italian club to take Romelu Lukaku back on loan. They should get rid of Timo Werner, and bring in Martinez instead. He is exactly the kind of technically proficient and vicious forward that they want. Given the intense competition that exists between them and Tottenham, signing Harry Kane would be a mistake. He is a perfect fit for them.”

Latest Chelsea News: What has Chelsea planned for the next summer?

Because Chelsea’s new owners have not been formally verified, the club is still subject to the fines that were imposed on them. Rebuilding the Blues’ defense will need a significant investment during the summer. Next year, Todd Boehly and the consortium that he heads are aware of what steps need to be taken to put them in a position to compete for the Premier League.

This summer has seen several high-profile players connected with a transfer to Stamford Bridge. This includes Jules Kounde, Pau Torres, Ivan Perisic, and Joko Gvardiol (via Football London). With as many as four significant departures in the defensive unit, the club will undoubtedly need to acquire at least three of these players.

After the window for transfers has opened, they will only be able to keep Malang Sarr, Trevoh Chalobah, Reece James, Ben Chilwell, and Thiago Silva.