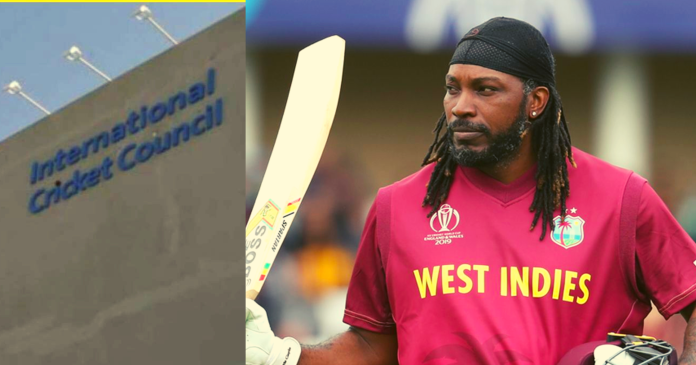 Latest Cricket News: In an open letter to the International Cricket Council (ICC), West Indies’ flamboyant batsman Chris Gayle highlighted his dissatisfaction with the conventional and longest format of the game. He demanded that the ICC assist lower-ranked teams in playing it more regularly. According to Gayle, the fact that just a few countries are continuously given the chance to play Test cricket means that other smaller nations are left out in the cold.

Gayle has played 103 Test matches for his nation. He amassed a total of 7214 runs at an average of 42.18 in the process. He believes that nations like India, England, and Australia are given frequent opportunities to play red-ball cricket. On the other hand, the lower-ranked countries are mostly overlooked in this regard. When speaking on TalkSport radio, Gayle shared his thoughts on the opportunity that the West Indies squad and other teams get in contrast to the top-ranked teams. He stated:

“Test cricket is in a bit of difficulty at the moment. I’m more concerned about the teams in the lower divisions. They are not receiving enough assistance. The game has become such a business that the lower-ranked teams are only receiving one or two Test matches these days. It’s always about England, India, and Australia in these discussions. That is true for the top teams, who play four or five Test matches against each other. We do not have that opportunity with the lower-ranked teams. The situation is difficult for us. Our position at the bottom will never change. This is detrimental to the sport as a whole. A significant challenge awaits. The International Cricket Council (ICC) must take action. That is important.”

Gayle has been a consistent performer in the Twenty20 format. He is well-known for his ability to deliver powerful blows in a short amount of time. He has a total of 14562 Twenty20 runs from the 463 Twenty20 matches that he has played throughout his career. According to him, he could never have predicted that the Twenty20 format would become so popular in such a short amount of time. Additional franchise-based tournaments would be established as the format continues to grow.

“At first, I was seeking the quickest and most straightforward solution. You may complete it more quickly if you choose a shorter format. I wasn’t thinking about the future at the time. I wasn’t anticipating today’s events to unfold in the way they have. Since that game, the Stanford game, the $20 million game, there have been many more. That completely altered the landscape of the Twenty20 sport. It is for this reason that there are so many leagues presently. The Indian Premier League (IPL) is the most popular and pays out the most money. You may be able to make a career out of this game. T20 cricket is a life-changing factor that affects a large number of people. It has in my case. I’m pretty pleased with where things are right now,” he said.