HomeHot TopicsLatest Hardik Pandya News: "He Removed The Heart, The Pulse, And The...
Hot TopicsCricketIndiaLatest

Latest Hardik Pandya News: “He Removed The Heart, The Pulse, And The Kidney”- Chopra Talks About Hardik Pandya’s 3-Wickets Spell In The IPL 2022 Final 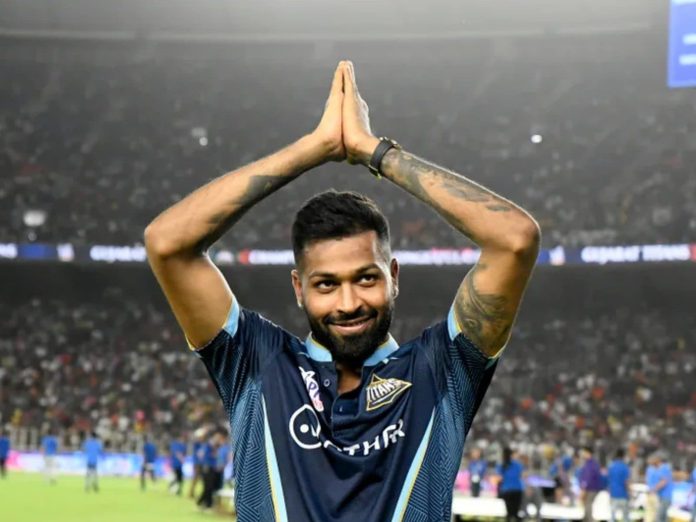 Latest Hardik Pandya News: Hardik Pandya was praised by Aakash Chopra for destroying the three key foundations of the Rajasthan Royals’ (RR) batting order during the last match of the Indian Premier League 2022.

Pandya finished his four-over performance with figures of 3/17. Thus, helping the Gujarat Titans (GT) limit the Royals to a total of 130/9. The IPL rookies then successfully chased down the mark with seven wickets and 11 deliveries to spare. Their captain also contributed with a knock of 34 runs throughout the process.

In a video that Chopra uploaded to his YouTube channel, he reflected on the match between RR and GT. Chopra was effusive in his admiration for Pandya, saying:

Pandya took three of the most important wickets. He then made a significant contribution with the bat, as was pointed out by the former India batsman who was commenting on the match. He went on to explain:

“The first player he eliminated was Samson, followed by Buttler, and finally Shimron Hetmyer. After causing havoc in the middle of the other team’s batting order on many occasions, he went on to make a significant impact with the bat. He was not there to see the contest through to its conclusion.”

At a time when the Royals seemed to be in a good position with a score of 60/1, Pandya took Sanju Samson out of the game with the very first ball he delivered.

After that, he dismissed Jos Buttler, caught behind the wicket. Then he took a return catch to get rid of Shimron Hetmyer. Thus, bringing the total score for RR down to 94/5 after the 15th over.

There was just one thing that set Gujarat apart from Rajasthan, and that was Hardik Pandya. – Aakash Chopra

Aakash Chopra brought attention to the fact that the decisive distinction between the two finalists was Pandya’s all-around talents. He went on to explain:

“Hardik Pandya was the single thing that set Gujarat apart from Rajasthan. Both Rajasthan and Gujarat had five excellent bowlers. Although Rajasthan had a powerful top order, Gujarat also had two or three tough batsmen in their lineup. Hardik Pandya was able to add balance to the team by contributing as both a bowler and a batsman in the top six.”

The respected analyst highlighted that the batting all-rounder virtually ended the match as a contest with his bowling effort throughout the match. It occurred to him:

“According to Hardik’s analysis, there were three wickets and 17 runs scored in four overs. When he first dismissed Sanju Samson, I believed it was the moment when the tide turned in the game. After that, he took out Jos Buttler with a delivery. Then he finished them off by dismissing Shimron Hetmyer.”

Chopra concluded by saying that Pandya has shown interest in leading Team India in Twenty20 Internationals if the position becomes vacant in the foreseeable future.

Share
Facebook
Twitter
Pinterest
WhatsApp
Previous article“This Chelsea Group Needs A Renovation”- Journalist Says That Declan Rice To Chelsea Is Still On In The Summer
Next articleIPL 2022 Final: “Step Down From The Throne, Gujarat Has Arrived”- Aakash Chopra Heaps Praise For The Performance Of Gujarat Titans In Their Maiden Season