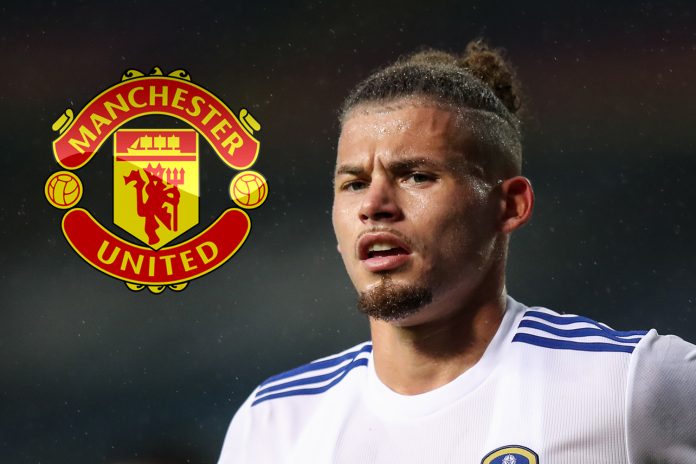 Latest Manchester United News: In an interview with Sky Sports, journalist Paul Merson, has said that Leeds United midfielder Kalvin Phillips can not move to Manchester United this summer. Merson’s comments were made about a potential transfer.

According to the Manchester Evening News, United is showing interest in bringing in the England international player. He is said to be open to exploring his options outside Leeds this summer. In the current season of the Premier League, the Whites are engaged in a fight to avoid being relegated. They are just one point ahead of Burnley, who are in the 18th position and have played one fewer game.

After Leeds’ home finale of the season against Brighton & Hove Albion on Sunday, Phillips also applauded the audience in tears. The match was Leeds’ last home game of the season. It is possible that it was his last game played at home for Leeds with a Leeds jersey if they are indeed demoted.

What did Paul Merson say?

Even though several teams are interested in him, Merson believes that Manchester United cannot sign Phillips due to the rivalry between them and Leeds. He said:

“I don’t believe Phillips is too good for Aston Villa. They had been said to be interested in him as of late. It is an enormous football club. If he were to play for them, he would be coached by Steven Gerrard. He is widely regarded as the best English player of our age. Therefore, moving to Villa would be an incredible step for him to take.”

The incoming manager, Erik Ten Hag, may as well be overjoyed at the prospect of getting his hands on a player such as Kalvin Phillips. The English midfielder is equipped with all of the necessary skills to flourish in a possession-based system. He is widely considered one of the few up-and-coming “registas” of this age.

Phillips, who is 26 years old, gives the Red Devils tremendous defensive cover. This is something that they have been begging for the last several months. This season, he has appeared in 32 games in all competitions. Yet he only has one goal and one assist to show for it. This does not justify his significance to Leeds. Phillips has a penchant for performing well in important games. He is at his best when he operates alone in the base of the midfield.

Additionally, he excelled for England in the Euro 2020 tournament

Overall, he has the potential to become a worthwhile purchase that will ensure the safety of the defensive midfield position for the foreseeable future. United had previously conducted business with Leeds in recent years. They transacted the sale of Daniel James to the Whites in the summer of 2021. Therefore, if United offered a competitive price for Phillips, the competition may not be as significant.