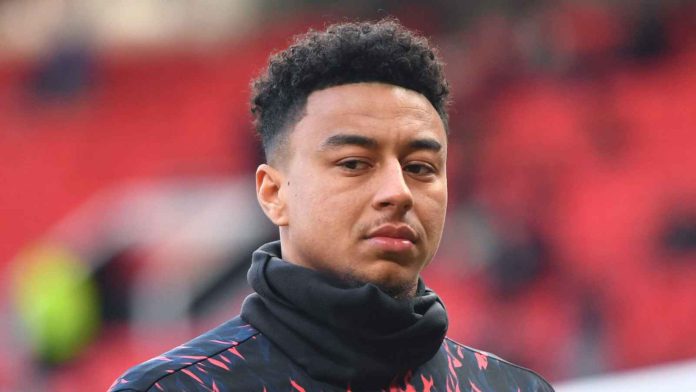 Lingard worked his way up through the ranks of the youth program of Manchester United. He finally made his debut with the senior team in 2014. Since then, the attacker has played 232 times for Manchester United’s first team while representing the Old Trafford club.

On the other hand, it would seem that the England international’s time spent with the Red Devils is drawing to a close. Because his current deal with the club is set to expire this summer, it is widely anticipated that he will soon be leaving the club.

However, Lingard may be able to complete a transfer to a top Premier League side in time for the 2022-2023 season. According to the source that was cited before, West Ham is considering making an offer to sign him on a free transfer.

Lingard still has one month left on his contract with Manchester United. But, the Irons have already made contact with the player’s management. According to the article, they have reportedly made “early queries” regarding the prospect of securing the services of the 29-year-old individual.

This season at Old Trafford, Lingard has had a difficult time getting on the field and contributing to Manchester United. He only played for the first team for a total of 548 minutes. But he was able to score two goals and provide an assist during that time.

Earlier this month, the brother of the attacker criticized the Red Devils following their most recent home game of the season. It was against Brentford. He was left furious as it was revealed that Lingard had been used as a replacement but had not been allowed to say goodbye to the fans at the stadium where the game was played.

Lingard then continued the conversation with a mysterious post on social media. On Twitter and Instagram, he uploaded a picture of himself from when he was a member of the club’s youth program. However, he did not include a comment with the photo.

Lingard played for West Ham United while on loan from Manchester United for the second part of the 2020-21 season. The Englishman left a strong impression during his time playing at the London Stadium. He made a total of 16 appearances and contributed nine goals and five assists.

This January, David Moyes’ team showed interest in acquiring the services of the 29-year-old player. During the winter transfer window, there was also speculation that Newcastle United had an interest in purchasing his services.

According to the aforementioned source, the Red Devils did not authorize a trade for him because they did not want to lose him. According to Fabrizio Romano, the situation harmed the bond that existed between the player and the club.

The path that he will take in the years to come is still up in the air.