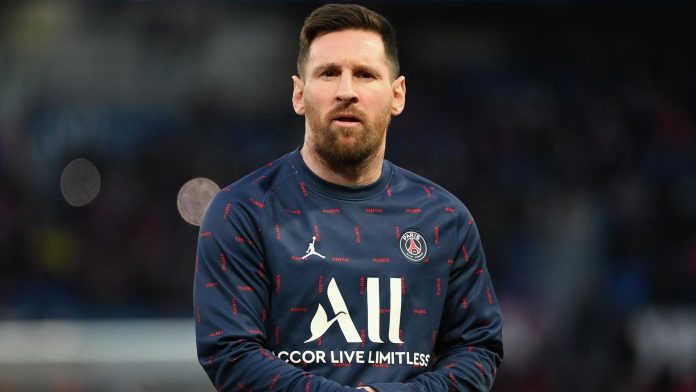 Latest PSG News: Sergio Aguero, a legendary player for Manchester City, has made the audacious assertion that Lionel Messi’s first season at Paris Saint-Germain (PSG) has been very successful. His countryman is a “winner,” according to what he said. The second season will be much more successful for him.

The 34-year-old player made the transfer from Barcelona to Paris during the summer of 2021. Thus, bringing to a close his tenure of 17 years at the Nou Camp, where he established his place in the annals of football history. He played 777 matches for Barcelona, during which time he racked up a staggering 672 goals and 302 assists. Thus solidifying his status as one of the best players in the history of the sport.

Given the tremendous career he had built for himself up to that point, many people had high hopes for his first season playing for the Parc des Princes. However, the striker has had an unremarkable season. Many people have been critical of the Argentine’s performances at various points during the year.

In 34 games in all competitions for Paris Saint-Germain, he has had a part in 11 goals and provided 14 assists Aguero, Messi’s former teammate in Argentina, has a different perspective on the Argentine star player’s season. The former striker for Barcelona defended the renowned forward’s season in an article that was published on stake.com:

“Even though this is still his rookie season and he has had to adjust to a new league, his overall performance has been rather impressive. Putting aside their performance in the Champions League, they cruised to a convincing victory in the league. PSG is loaded with world-class players, and Leo is one of them. I do not doubt that his second season will be of even higher quality.”

Ronaldinho, a legendary player for Barcelona, asserts that Lionel Messi is content with his role at PSG

During their time together in Barcelona, Ronaldinho and Lionel Messi spent five years playing alongside one another at the Nou Camp. The two were enthralling when they were on the field together. The legendary player from Brazil is perhaps in the best position to evaluate whether or not the Argentine striker is enjoying his time in Paris.

On the field as well as off it, Messi has struggled mightily throughout his time with the French giants. This season, he has been subjected to unceremonious booing. He has taken the brunt of the criticism from the French media, who have analyzed many of his performances.

However, Ronaldinho asserts that the 34-year-old is content playing for Parc des Princes at this point in his career.

He said to the Mail:

“If my buddy is content with the outcome, then it was the appropriate choice. And I have no reason to doubt that he is delighted. Even though he is now through a time of adjustment, he has already been awarded the Ballon d’Or, which is given to the finest player in the world.”

The ceremony to award the Ballon d’Or for the 2021-22 season will take place on October 17. Thus it is quite improbable that the seven-time winner would keep his trophy.

The Argentine’s first season in Paris was one of adaptation. As a result, the next season will likely provide fans and the media with a more accurate opportunity for inspection.