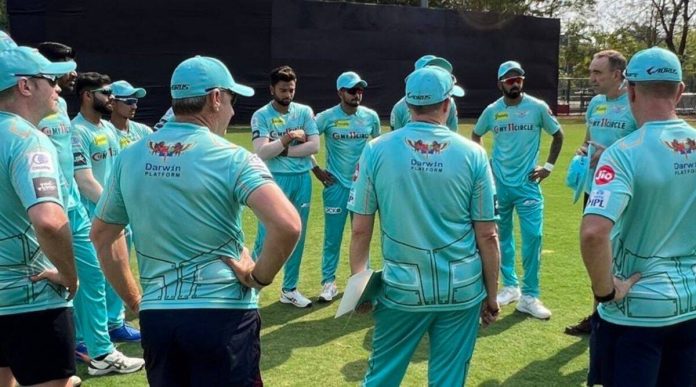 LSG vs GT Live Update: Ajay Jadeja has lauded the Lucknow Super Giants (LSG) for demonstrating incredible team spirit and supporting one another through difficult moments during the ongoing Indian Premier League (IPL) 2022. To make his argument, the former Indian batter used the iconic embrace between Deepak Hooda and Krunal Pandya, who had had troubles in the past, as an example.

LSG are presently in first place in the table. They have accrued 16 points from 11 games. They have won four games in a row to take control of the series. Rajasthan and Gujarat both have the same amount of points. But are ranked second in the rankings due to a lower net run rate than the other two. During their past two games, they have suffered defeats.

LSG vs GT Live Update: Gujarat and Lucknow will face off

The 57th match of the Indian Premier League (IPL) 2022 will be played on Tuesday, May 10 at the Maharashtra Cricket Association (MCA) Stadium in Pune between the two top teams. Comparing the two teams, Jadeja believes Lucknow is a superior overall unit. But Gujarat is reliant on individual talent more than Lucknow. He expressed his thoughts on Cricbuzz, saying:

“Lucknow is doing better as a group. Several jigsaw puzzles can be found. In Gujarat, they are also there, but they are accompanied by individual stars who provide outstanding performances. LSG is going forward with contributions from everyone. Everyone is assisting one another. Even two persons who had been arguing before are now sharing hugs. Krunal Pandya and Deepak Hooda are not the same as Rashid Khan or Hardik Pandya in terms of talent. However, their players continually put forth strong performances.”

In their most recent encounter on the road, LSG thrashed the Kolkata Knight Riders (KKR) by 75 runs. They scored 176 for seven in their first innings. Then they smashed KKR for 101 runs in their second innings.

“They were defeated in the only match in which they competed as a team.” – Jadeja thinks on GT’s defeat against MI before their match against LSG

When asked about Gujarat’s defeat to the Mumbai Indians (MI), Jadeja offered an intriguing viewpoint. He stated that the team lost the one game in which they played as a unit. There were no outstanding individual performances from anybody. He went on to explain:

“In terms of Gujarat’s defeat to Mumbai, there are two perspectives to consider. To be positive, they should have won the game. It was only a little margin that separated them. On the other hand, the truth remains that they were defeated in the only match in which they competed as a team. Up past victories, one or both of the players put in a tremendous performance to help them come through. In the encounter against MI, they appeared strong from the start. But the match slid away towards the finish.”

The Gujarat Titans seemed to be in charge at 158 for four after 18 overs in their chase of 178 for win. Despite having the upper hand in terms of wickets, they were unable to get the win. They were ultimately defeated by five runs.