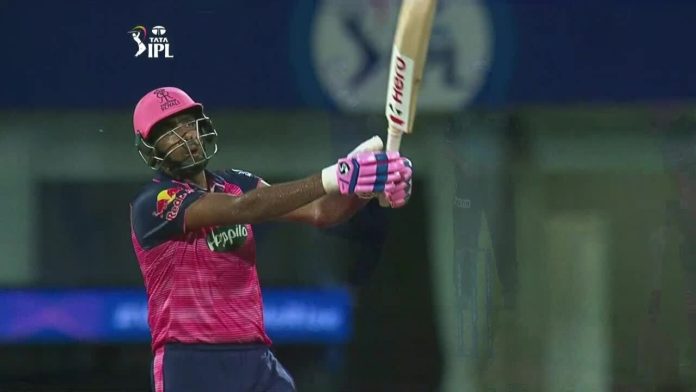 RR vs DC IPL 2022: Ravichandran Ashwin’s performance with the bat against the Delhi Capitals in their Indian Premier League match on Wednesday was praised by Mohammad Kaif, a former Indian cricketer. Kaif said that Ashwin could not have done much better. Kaif thinks that Ashwin performed well at the crease despite the difficult conditions for stroke-making.

Rajasthan Royals elevated Ashwin to number three. The off-spinner once again surpassed expectations with the willows. This trend continued from the previous several games. After Jos Buttler and Yashasvi Jaiswal had both been dismissed for low scores, the seasoned batsman reached his fifty off only 38 balls. He led the Royals in scoring and tallied 53 runs off of 36 deliveries while batting alongside Devdutt Padikkal.

What did Kaif say about Ashwin?

Speaking on Sportskeeda‘s Straight Talk, Kaif argued that elevating Ashwin up the order was a smart decision since Sanju Samson had to play the finisher’s job in the absence of Shimron Hetmyer. Kaif was referring to the fact that Sanju Samson had to take over for Shimron Hetmyer. Kaif praised Ashwin’s ability to adjust to a challenging pitch by stating the following:

“Rajasthan Royals are participating in a game with “horses for courses,” in which they act following the situation of the game. Samson stepping down to finish the game as a replacement for Hetmyer was a smart move. The strategy had been well thought out. It was a difficult game to bat in since the ball kept halting on the pitch. But Ashwin did an excellent job of playing the role he was supposed to. David Warner was another player who had several near misses. At one point, the ball soared into the air and was dropped. At another, it struck the stumps but the bails remained in place. As a result, the pitch was not an easy one to bat on. I really loved seeing Ashwin bat.”

The Royals were unable to obtain the ideal finish, even though the player who was born in Tamil Nadu scored fifty, which gave the foundation. Samson and Riyan Parag both finished with scores in the single digits. Padikkal, who had made 48 out of 30 balls, was eliminated when attempting a difficult stroke.

RR vs DC IPL 2022: “There is a lot of pressure on Rajasthan Royals right now since they have 14 points.” — Mohammed Kaif

The pressure, according to the 41-year-old, is on the Royals, who still have two games to play. But, they have a chance of losing both of them due to the unpredictability of the format. The finishing touches added by Shimron Hetmyer proved to be the deciding factor for them, as Kaif admitted, saying:

“They are under increasing amounts of pressure as a result of their 14 points. The Gujarat Titans currently sit with 18 points. Due to their current score of 14, they are vulnerable to losing even two games due to the nature of the T20 format. They have found that they cannot function well without Hetmyer in the lineup, since no other player can bat in his position. Padikkal and Ashwin both met their end in the course of their search for the big shot.

The game used to be won by Rajasthan in the last four overs when Hetmyer came in and made some huge hits. Instead of scoring 180 runs, they were only able to score 160. Hetmyer is not there and they need to find a way to get him back as quickly as possible. He has just become a parent and now has the responsibility of translating his joy into successful performances for Rajasthan. They have two games coming up that they really have to win, so this won’t be an easy task.”

The match between Samson and company and the Lucknow Super Giants is scheduled to take place on the 15th at the Brabourne Stadium in Mumbai.