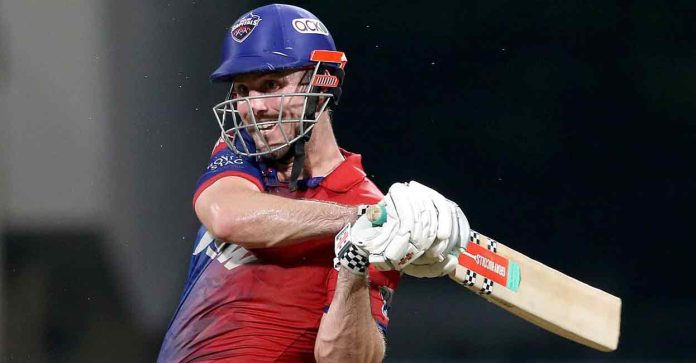 RR vs DC IPL 2022: Shane Watson, the assistant coach for the Delhi Capitals (DC), has lavished praise on all-rounder Mitchell Marsh, stating that when he is “one of the finest short-format batsmen.”

Marsh, who is now 30 years old, had an outstanding performance in all facets of the game on Wednesday. Delhi Capitals (DC) defeated the Rajasthan Royals (RR) and won the Indian Premier League 2022 match by eight wickets. As a result of the efforts of the Australian all-rounder, Delhi limited RR to a score of 160 for six. During the run chase, he smashed 89 runs in just 62 balls, with the assistance of five fours and seven sixes, as DC cruised to victory in 18.1 overs.

What did Watson say about Marsh? The win on Wednesday ensured that Delhi would continue to compete for a spot in the IPL 2022 playoffs. They have played 10 matches and collected 12 points, which puts them in fifth place in the points table. During an appearance on the podcast titled “The Grade Cricketer,” Watson praised Marsh for the important part he played in Delhi’s triumph against RR.

“After suffering a setback against COVID, it took Mitch a few games to get rolling here (in the IPL 2022). Being confined to his room for around ten days, was not an ideal situation for him. In the beginning, several factors went in his favor (in the match against Rajasthan). As soon as he gets going, he is one of the top batsmen in the world for shorter formats of the game. I think he has the kind of game that would allow him to be successful in test cricket as well. He has a couple of hundreds to his name in test cricket. He has an impressive array of abilities.”

The Australian player, who had been unsuccessful in converting his starts in the previous encounters, dominated a second-wicket partnership of 144 with David Warner (52* off 41). After Srikar Bharat, was caught behind off Trent Boult in the first over of the innings, he came out to bat.

RR vs DC IPL 2022: When asked about the significance of Mitchell Marsh, Shane Watson said, “He provides a lot of value.”

Before he established himself in the limited-overs teams over the course of the previous year and a half, the Australian all-rounder had a sporadic history with the national team across all forms. In addition to this, he does not have a very impressive record in the IPL.

Watson said that things now seem to be fitting into place for Marsh. Marsh’s lack of consistency has always been one of his weaknesses. When asked about the talented cricketer, he praised Marsh as follows:

“Mitch Marsh is an outstanding individual. Throughout the course of his career, he has experienced both success and failure. When he was playing for Australia, he was always in the spotlight. However, having him around has always been a pleasure for everyone. He contributes quite a lot of value. Over the last 18 months, especially in Twenty20 cricket, it’s been exciting to see him finally find his rhythm and put everything together.”

During the T20 World Cup final that took place a year ago, the Australian player was selected as the Player of the Match. He hit an unbeaten 77 off 50 balls as Australia chased down 173 against New Zealand with eight wickets in hand. In the process, he did not lose his wicket.